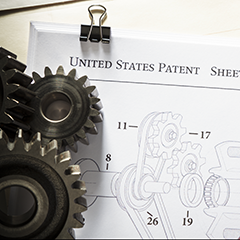 Maine has seen an increase in startups and technology-based companies, especially around the Portland area. Many — if not most — went through a process that included designs, models and patents that helped bring their respective idea to market. For a long time, those self-created intangible assets qualified as capital assets, and, thusly, qualified for preferential long-term capital gains tax rates if they were sold.

But that is no longer the case under the Tax Cuts and Jobs Act (TCJA). As of  2018, gains from selling affected intangible assets are taxed at higher ordinary income rates.

This unfavorable TCJA change can obviously affect innovators who create intangible assets and sell them at profit down the road (a common occurrence in the startup world). But it can also affect corporations, partnerships and limited liability companies (LLCs) that receive contributions of intangibles assets from the individuals who created them.

The change potentially applies to the following types of self-created intangible assets:

“Self-created” means created by the personal efforts of the taxpayer. Presumably, that means created by an actual human being rather than by a taxable “person” such as a corporation, partnership or LLC.

Contributions to Another Taxable Entity

What happens when an affected intangible asset is contributed to another taxable entity? The unfavorable non-capital-asset treatment rule applies if the tax basis of the intangible in the hands of the new owner is determined in whole or part by reference to the basis of the person who created it.

Under Internal Revenue Code Section 1235, individual patent holders who transferred patents to an LLC classified as a partnership in exchange for a membership interest retained their status as patent holders. Therefore, the contributing individual’s share of any gain upon the LLC’s subsequent sale of the patent could qualify as long-term capital gain.

There are several types of intangible assets that weren’t defined as a capital asset in the pre-TCJA law. These include:

Most of these assets continue to be excluded from the definition of capital assets under the TCJA, with one important exception: Taxpayers can elect to treat musical compositions or copyrights in musical works as capital assets.