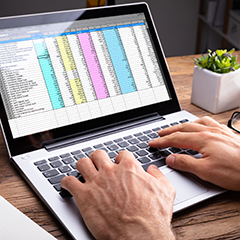 Several sessions at the recent AICPA conference in Las Vegas highlighted the importance of expert discovery in litigation and noted that draft reports continue to be a hot-button issue. A recent contract dispute, litigated in federal court, in which the defendant tried to exclude the opposing expert for violating federal expert disclosure requirements, is a case in point.

The plaintiff, Maricopa County, Ariz. (Maricopa), sued Office Depot, alleging the defendant had breached a pricing commitment Office Depot had made to certain state and local public agencies. Both parties presented expert testimony and tried to exclude the rivaling experts (Maricopa retained two experts) under Rule 702/Daubert. Moreover, Office Depot claimed one of the plaintiff’s experts was precluded from testifying because the plaintiff violated Rule 37 of the federal rules of civil procedure, which specifies sanctions for failure to make disclosures or cooperate in discovery, including prohibiting the expert from testifying “unless the failure was substantially justified or is harmless.”

Little guidance on what’s a draft

At his deposition, the expert said that the report he had sent to the plaintiff had a spreadsheet attached that had an extra column titled “Notes,” in which he “listed out [his] thinking and questions” regarding certain items he was asked to examine. Asked whether the “Notes” column was included in his final report, he said, “I believe so.” The plaintiff did not provide the “Notes” column in the final version of the report that went to the defendant. In its motion, Office Depot claimed the plaintiff altered the report and deprived Office Depot, the court, and the jury access to the expert’s “true opinions.” Rule 26(a)(2)(B)(i) requires that an expert report include “a complete statement of all opinions the witness will express and the basis and reasons for them.”

According to the plaintiff, the notes-containing version of the expert report was a draft and was not discoverable. Rule 26 protects as work product “drafts of any report or disclosure required under Rule 26(a)(2), regardless of the form in which the draft is recorded.”

The key issue was whether the notes-containing version of the report was a draft. “The case law, somewhat surprisingly, provides little guidance when it comes to determining whether an expert’s report was a draft or final version,” the court said. It concluded the report the plaintiff produced to Office Depot was a complete statement of the opinions the expert would express, including the reasons for his opinions. The earlier notes-containing version was a draft. The court noted that this expert did not have much experience as an expert and “it would be unusual for a final report to contain this sort of raw information.” It said Office Depot did not take issue with the “reasoning and explanation provided in the report” but simply argued it should have received the version the expert originally sent to the plaintiff. “This bolsters the conclusion that the analysis contained in the final, produced version constituted a complete expression of [the expert’s] opinions.”

Many, but not all, states have procedural rules that align with the federal rules of expert discovery. It is critical that experts are familiar with the rules applicable in the jurisdiction in which they practice.