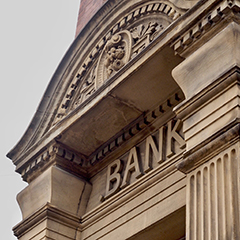 A fairly routine ESOP case that is being litigated in the 4th Circuit has raised a novel legal issue in this jurisdiction as to the financial liability of co-fiduciaries and nonfiduciaries, including the ESOP appraiser.

The plaintiffs in the main case sued the defendant, Lubbock National Bank (Lubbock), over its role as trustee in a 2011 transaction. They claimed Lubbock breached its fiduciary duties under ERISA when it caused the plan to overpay for company stock. Lubbock engaged Stout Risius Ross (SRR), an experienced ESOP appraiser, to serve as independent financial advisor. Among other things, the plaintiffs claimed SRR, when valuing the company and providing a fairness opinion in connection with the transaction, relied on projections that had been manipulated to maximize the sale price. Lubbock, as trustee, knew or should have known that the projections that SRR used were unreliable and the sale price was unsupportable “given the unreliability of the financial projections.”

In defending against the suit, Lubbock filed a counterclaim as well as a third-party complaint against SRR and the seller of the company shares. Lubbock sought indemnification, contribution, and/or apportionment in the event Lubbock were found liable in the main case. In response, SRR filed a motion to dismiss Lubbock’s claims. SRR claimed it was not a fiduciary under ERISA and ERISA did not provide a right to contribution against a nonfiduciary.

The court stayed discovery in the principal case pending a resolution of the third-party motions. (The seller also filed a motion to dismiss.) The question whether ERISA provides for a right of contribution or indemnity by a fiduciary against a co-fiduciary or nonfiduciary was a legal issue that had not yet been decided in the 4th Circuit, the court said.

It noted that ERISA does not have specific provisions that grant a right of indemnification or contribution among fiduciaries. The U.S. Supreme Court has not addressed this specific issue, and different circuits have split on it. Some circuits have rejected the idea of a right of contribution, whereas others have found that, since ERISA has a foundation in trust law, which allows for a cause of action for contribution and indemnification, courts should be able to allow for a claim of contribution. District courts in the 4th Circuit also have come to a different conclusion on this issue, the court noted.

The court adopted the position of courts “holding ERISA provides for a right of indemnification or contribution among fiduciaries.” At the same time, the court found “the significant weight of authority” has rejected claims for contribution or indemnity against nonfiduciaries. The court pointed out that other courts have observed that “extending the threat of liability over the heads of those who only lend professional services to a plan without exercising any control over … plan assets will deter such individuals from helping fiduciaries navigate the intricate financial and legal thicket of ERISA.” It was undisputed that SRR was not a fiduciary, the court said. Accordingly, it granted SRR’s motion and dismissed the trustee’s claim for contribution against SRR.