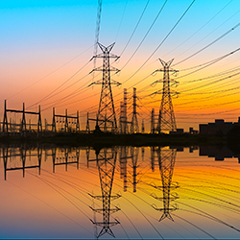 In 2016, Tax Court Judge Laro ruled on the legitimacy of a series of Section 1031 transactions involving Exelon, an Illinois-based energy giant. The court agreed with the Internal Revenue Service that Exelon was liable for a deficiency of nearly $432 million as well as an $87 million accuracy penalty. The court’s decision was of particular interest to appraisers because it detailed how Exelon’s lawyers had “interfered with the integrity and the independence of the appraisal process,” rendering the appraisals “useless.” The 7th Circuit Court of Appeals recently upheld all of Judge Laro’s findings.

To minimize the tax consequences of a $1.6 billion gain resulting from the sale of two fossil fuel power plants, Exelon pursued a number of section 1031 like-kind exchanges whereby it entered into “sale-and-leaseback” transactions in which it leased out-of-state power plants from tax-exempt parties for a period longer than each plant’s useful life and then subleased each plant back to the original owner for a shorter sublease term. At the end of the subleases, the sublessees had the option to repurchase their plants. They also received a substantial accommodation fee.

Exelon’s law firm worked with an appraisal firm to achieve a conclusion that exercising the purchase option was not “practically compelled.” The appraiser found the fair market value of the replacement properties at the end of the leaseback term would be less than the cancellation or purchase-back option price. Exelon would later argue that no one would “overpay” for an asset it could easily replace. Consequently, the transactions represented a genuine equity investment on Exelon’s part rather than a financial arrangement.

But the Tax Court found this was not a like-kind exchange of property because the tax payer never obtained true ownership in the replacement plants. Exelon obtained a number of tax benefits (deferral of tax liabilities, depreciation deductions as well as a number of other deductions), but it did not assume any risk because the subleases were structured in a way that it was reasonably likely that the sublessees would exercise the repurchase options. (Exelon did not want the plants.)

The Tax Court considered the appraisals underlying the transactions unreliable. Crediting IRS expert testimony, the Tax Court found the appraiser had used a questionable methodology to achieve a low valuation for the plants at the end of the subleases. A true fair market valuation of the plants was higher and would make it likely the lessees would exercise their buyback options. The 7th Circuit said the Tax Court, as the fact-finder, had discretion to accept the IRS’s expert opinion.

The Court of Appeals also upheld the Tax Court’s finding that the appraisals were not the work of independent valuators. The law firm steered the appraiser and at times provided language the lawyers wanted to see in the final appraisal report. The appeals court rejected the claim that this was not improper communication but was the law firm providing the appraiser with the applicable guidance and tests.

The appeals court agreed with the Tax Court’s imposition of section 6662 penalties. Exelon, as a “sophisticated plant operator,” did not rely in good faith on the law firm’s opinions since Exelon knew, or should have known, the law firm’s conclusions, based on the compromised appraisals, were flawed. In fact, top people at Exelon were copied on the compromising emails and one of those people sent the list of the necessary appraisal conclusions to the appraiser multiple times, the Court of Appeals said.

« Does Your Company Allow Vaping on the Job?
How to Benefit from the Rising Average Age of American Workers »