Updating Your Workplace Drug Use Policy and Enforcement Strategies 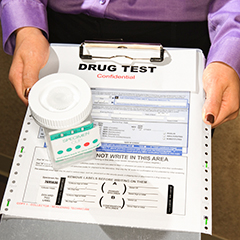 Have you been thinking about your drug use policies? Recent trends in the labor market and drug enforcement has encouraged some employers to revise their drug use policies. Here are some of the issues to keep in mind when ensuring your company’s strategy is effective and up-to-date.

Changes in the Workplace

Generally speaking, workplace drug testing is becoming less common, except for those hazardous jobs where drug impairment could result in serious accidents and injuries. For instance, for certain employment categories in the transportation and construction sectors, federal law requires drug testing.
One of the reasons for the declining use of drug tests is the tight labor market. The U.S. unemployment rate was only 3.9% at the end of 2018 and low unemployment has caused some employers to have difficulty finding qualified job candidates. In order to help fill those open positions and retain existing workers, employers have relaxed their drug testing policies.

To further complicate matters, in a growing number of jurisdictions, marijuana use is legal. At the beginning of 2019, there are ten states plus Washington, D.C. where it is legal for adults over 21 to use marijuana recreationally. In 33 states, it’s legal for medical purposes. In Maine, both are legal. While no employer can afford to have employees working while impaired by any drug (including alcohol), measuring the impairment of marijuana users can be tricky.

That said, employers still need to identify those workers who abuse opioids, including prescription painkillers (like morphine, oxycodone or hydrocodone) and illegal forms (heroin or illicitly made fentanyl). The public often has sympathy for the personal toll of opioid addiction and led to a focus on treatment, but employers can’t afford to ignore it when employees come to work under the influence of such narcotics.


Unfortunately, positive results for drug testing are rising among employers who are testing workers. Positive results have been increasing, concentrated in consumer-facing industries such as retail, health care, and social services, according to Quest Diagnostics.

Before you review or modify an existing policy, it’s worth reviewing why you set up your policy to start with. Common reasons include:

Keeping that original intent in mind, how do you decide what kind of drug policy you should have? The answer depends on your circumstances, including how much illegal drug use and working while impaired has already been an issue at your company.
To start with, your policy must comply with all applicable federal, state, and local laws and regulations. For instance, here in Maine, an employer can not discriminate against an employee based on marijuana use outside of work.

The basic policy document should start with a preamble outlining its purpose, including how the policy is to the best interest of all employees’ safety and well-being. This preamble can also identify who the policy applies to—most often full and part-time employees and contractors.

Generally, most policies prohibit the possession, use and sale of certain drugs on your premises, and coming to work under the influence of such drugs. This can be defined to include both illegal substances and legal ones, such as alcohol and certain prescription medications.

Should your policy require drug testing, you should detail when tests will occur. For instance, drug tests may be mandated in situations such as:

A formal job offer has been made to a new employee,
A current employee is promoted,
A workplace accident has happened and the causes and circumstances are unclear, and
Management decides to test employees randomly, as permitted under state or national law.
Your policy also may state that the company reserves the right to search employees’ work areas if drug use is suspected.

Finally, the range of possible consequences, including termination, should be established in the policy. That said, avoid being overly prescriptive. Consider language along the lines of, “Supervisors will decide on the appropriate disciplinary action to be taken depending upon the specifics of the case.” Avoiding discrimination claims is dependent upon the consistent application of your policy.

There can be a lot of sensitivity regarding the use of alcohol, marijuana, and other drugs in the workplace. But impaired workers may cause harm and employers need to take proactive measures to protect themselves and their employees. Before revising or drafting a new drug policy, be sure to consult your attorney or HR professional before proceeding.