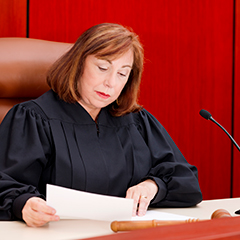 The 11th Circuit Court of Appeals upheld a 2013 Tax Court ruling in an estate and generation-skipping tax case that centered on the fair market value of a revocable trust’s interest in an LLC. The crux of the valuation was the marketability discount. Valuators can benefit from the appeals court’s analysis of what motivated the Tax Court’s favoring the IRS expert’s approach. Hint: The focus was less on valuation methodology than on the assumptions underlying the experts’ analyses.

In connection with a major asset sale in late 2004, the decedent formed a limited liability company (LLC) and made a will under which he left the residue of his estate to a revocable trust. At the time of death, the trust owned a 50.5% total interest in the LLC. The decedent’s children who were shareholders in the company conditioned their agreement to the deal on the LLC’s’ redemption of their shares. All accepted the LLC’s redemption offer before the decedent died, in March 2005. The offer closed in April 2005, which increased the trust’s interest to 70.93% interest. The LLC’s net asset value was about $317.9 million.

The estate stated the FMV of the trust’s interest in the LLC at the time of death as $117.2 million. The Internal Revenue Service found an estate tax deficiency of nearly $42.8 million and a generation-skipping transfer tax liability of nearly $15.9 million. It later increased the deficiency. The estate and the trust petitioned the U.S. Tax Court for review. Both sides presented testimony from highly experienced valuators.

The estate’s expert used a regression analysis involving 88 companies that produced an initial DLOM of 26.6%. Based on differences the expert perceived between the LLC and the 88 companies, he increased the DLOM rate to 31.7%, which reduced the FMV to about $110 million.

The IRS’s expert found a regression analysis was not a reliable tool in this instance. Instead, he considered the characteristics of the LLC and determined a 7.5% DLOM was appropriate. Importantly, he assumed the risk the redemptions would not go through was small. Owning a majority interest, the revocable trust would be able to force the LLC to distribute most of its assets once the redemptions closed. The Tax Court agreed with this key assumption. A hypothetical seller would expect to be able to force a distribution of most of the LLC’s assets, the court concluded. The majority interest holder would receive about $140 million in a distribution, the court found. Since the estate’s expert valued the interest below that amount, the IRS expert’s $148.5 million valuation was more credible.

On appeal, the estate challenged the Tax Court’s value conclusion on various grounds. One argument was that the valuation was based on the mistaken assumption that the decedent’s children would redeem their LLC interests. The Court of Appeals agreed with the Tax Court that there was sufficient evidence that the redemption was virtually certain at the time of the decedent’s death.

Further, the estate contended the Tax Court improperly had disregarded the estate expert’s regression analysis, “a proven and scientifically valid method for determining marketability,” and ignored other flaws in the IRS valuation.

According to the 11th Circuit, the Tax Court’s assessment of expert testimony was less concerned with the specifics of methodology (though the court considered them) than with a larger issue: whether a hypothetical seller would anticipate being able to force a distribution of the majority of the LLC’s assets. The IRS expert’s held this view, as did the Tax Court. The estate’s expert did not. The estate failed to show that the Tax Court was wrong regarding this issue, the Court of Appeals said.