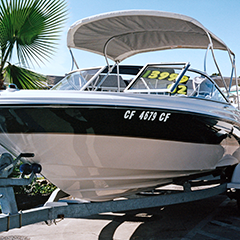 When confronted with quantifying the appreciation of non-marital property, it is common for valuators first to classify the change in value as “active” or “passive” and then do the valuation. A Florida case shows that, when applied prematurely, this active/passive analysis may result in an improper valuation.

The parties fought over the valuation of the husband’s interest in a boat dealership—a family business that was organized as an S corporation. The corporation also owned real property whose value had dropped significantly during the relevant portion of time.

On appeal, the husband contested a number of the trial court’s valuation-related findings.

The wife’s expert had “refused to include” the value of the real property in his company valuation, arguing that the change in value of this asset was passive in nature, that is, the result of market forces rather than the husband’s management.

The husband claimed that excluding a major asset of the corporation from the valuation was a serious error of law that necessitated a reversal of the equitable distribution decision. The Court of Appeal sided with the husband. Florida law requires that the valuation of a company include all of the company’s assets and liabilities, the reviewing court explained. “In other words, the sum of all parts, not a select few, is what encompasses a business’s ‘value.’” Further, it is improper to exclude the appreciation or depreciation of certain company assets as “passive” when one party’s marital labor contributed to the change in value of the company as a whole, as was the case here, the appeals court emphasized.

The appeals court also noted the trial court did not seem to understand what retained earnings were; it considered them to be “some type of corporate savings account, which it is not.” The trial court acted as if the husband, “unquestionably a minority shareholder,” had a direct interest in the retained earnings and could simply order their distribution, when this was not the case, the appeals court said.

Moreover, the husband successfully contested the trial court’s alimony determination. The trial court found that the income for purposes of spousal support was the husband’s K-1 income, which reflected his share of the business income whether distributed or not. Under Florida law, however, undistributed pass-through income the corporation had retained for corporate purposes “must not be used by a shareholder-spouse to satisfy financial obligations imposed upon dissolution of marriage.” If the undistributed income has been retained for non-corporate purposes, to shield it from the reach of the other spouse in divorce proceedings, an improper motive exists that makes the money available as income.

Here, the appeals court found, there was no evidence that the company retained undistributed pass-through income for non-corporate purposes. The Court of Appeal remanded for a new valuation and new spousal support calculations.