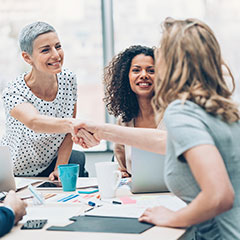 Private companies that follow U.S. Generally Accepted Accounting Principles (GAAP) are required to implement new revenue recognition rules in fiscal years that start after December 15, 2018. Are your personnel and accounting systems prepared for this fundamental shift in financial reporting? Based on feedback from public companies that implemented the changes in 2018, the effects will likely be more far-reaching than expected.

Accounting Standards Update (ASU) No. 2014-09, Revenue From Contracts With Customers, brought a fundamental change to how companies report one of the most important indicators of their financial performance. Public companies implemented this standard for fiscal years starting after December 15, 2017. Private companies were given a one-year reprieve.

Previously, GAAP provided complex, detailed and disparate revenue recognition requirements, leading different industries to use different accounting for economically similar transactions. The updated standard changes most of the industry-specific revenue guidance detailed prior to 2014 with a single, principles-based model by which most companies need to report the top line in their income statements.

The purpose of the new guidance is to eliminate inconsistencies and weaknesses in the existing revenue requirements. It also improves comparability of revenue recognition practices across entities, industries, jurisdictions and capital markets.

The updated standard does not change the underlying economics of a business transaction or when a customer pays for a good or service. Instead, the new rules can adjust the timing of when a business is able to record the receipts from a customer. Depending on the line of business, this could mean earlier or later recognition of revenues versus current practices.

How to Recognize Revenue from Contracts

Recognizing revenue under the new standards involves these steps:

ASU 2014-09 is expected to have a major effect on companies that enter into long-term contracts with customers. Examples include construction firms, software, and wireless providers, and media companies.

Some entities may not notice a significant change on their income statements, but virtually everyone will be affected by the standard’s expanded disclosure requirements. The new standards call for more disclosures about the nature, amount, timing and uncertainty of revenue that’s recognized.

Why Revenue Recognition Is a Priority

Unfortunately, some private companies still aren’t caught up on the new rules. Smaller companies sometimes underestimate the amount of work involved with implementing the standard — or make the assumption that the changes apply to only public companies and large private entities.

Even if the changes won’t have a major impact on your company’s bottom line, it’s essential to evaluate controls and policies for estimating revenue before year end. One key reason to onboard the changes as early as possible is to alert your lenders about changes to the timing of revenue recognition that could impact the company’s loan covenants. By doing so, these proactive measures may encourage lenders to waive loan covenant violations and make sure that access to credit isn’t disrupted.

There may also be spillover effects on the human resources department based on the new standard. To the degree that sales commissions and bonuses are based on revenue, the updated standard could impact the timing of when such performance-based compensation payments are made.

Do not underestimate the scope of change under ASU 2014-09. If your company hasn’t begun implementing the new revenue recognition guidance, contact your accounting professional as soon as possible to make sure of a smooth transition and anticipate any adverse side effects.