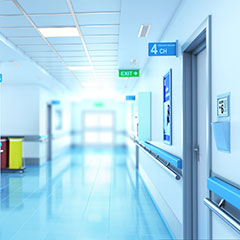 The Texas Supreme Court issued an important opinion on future lost profits that illustrates how a damages analysis that has some support in the evidence may still fail to meet the legal standard of “reasonable certainty.” The court’s decision highlights the importance of asking and answering the right questions. Doing so requires close cooperation between lawyers and damages experts.

The plaintiff had contracts with hospitals and healthcare entities to manage their psychiatric and behavioral health programs. A number of high-level managers left to join another healthcare provider and set up a subsidiary that directly competed with the plaintiff. They also poached one of the plaintiff’s most successful salespeople. The coveted salesman secured a contract with a hospital (Westlake contract) that the plaintiff had pursued. To do so, he used the plaintiff’s financial model, played with the numbers, and ultimately offered a contract that included the promise of a $150,000 loan or advance of construction costs to Westlake.

The plaintiff sued the competing entities and the former employees on a host of legal theories. The jury found for the plaintiff on many of the claims and awarded it almost $4.2 million in future lost profits: $900,000 were compensation for the loss of the Westlake contract, and $3.3 million covered the loss of future contracts the salesman could have won for the plaintiff if not for the defendants’ wrongful solicitation.

The state court of appeals said the expert testimony on future lost profits was speculative and the evidence was “legally insufficient.” Accordingly, it issued a take-nothing judgment. Both sides filed appeals with the state Supreme Court. The fundamental question was whether there was sufficient evidence to support future lost profits for the Westlake contract and the lost sales contracts.

Under the law, lost profits are only available “when both the fact and amount of damages is proved with reasonable certainty.” In terms of the $900,000 award, the state Supreme Court explained the plaintiff needed to show that Westlake would have entered into a contract with the plaintiff to establish a basis for the damages.

It did not do so. The court said the plaintiff’s damages expert “specifically stated that he had no opinion as to whether [the plaintiff] would have retained Westlake.” Instead, he “simply assumed” this would be the case. What made the plaintiff’s claim even more speculative was that the defendant company’s contract included special provisions to sweeten the deal when there was no evidence that the plaintiff would have included the same in its own bid. As to the Westlake contract, there was insufficient evidence to support the jury’s finding of lost profits, the high court concluded.

There was evidence that the salesman would have stayed had he received a promotion and that losing him caused the plaintiff to lose future sales, the court noted. But, it found, the damages analysis again missed the crux of the matter, which was to determine the “profitability of contracts” the salesman sold or would have sold had he remained at the plaintiff. The expert assumed, without further evidence, the value of the lost contracts would align with the plaintiff’s historical averages. Without information specific to the profitability of the salesman’s contracts, “the number of contracts he might have sold is meaningless,” the high court said. It concluded there also was insufficient evidence as to the fact of damages concerning the lost sales, and it upheld the take-nothing judgment the Court of Appeals had rendered.