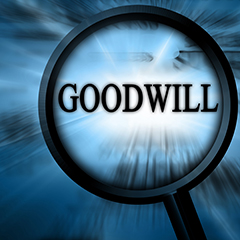 Tennessee divorce courts seem divided on how to treat the goodwill of a business, specifically on the question of whether to adopt a distinction between enterprise and personal goodwill. The current rule seems to be that, if the business is a solo practice, goodwill is never divisible, but, if there are more partners involved and/or a business has pre-established contracts, courts may pay attention to the distinction. A recent case probes the issue further and in so doing provides a valuable summary of the state’s goodwill jurisprudence.

Including enterprise goodwill. The husband was a dentist who started his own practice during the marriage. The business was a sole proprietorship. Its valuation became a point of contention at trial, with both parties presenting expert testimony in support of their claims.

The husband’s expert stated that he understood Tennessee law to require that the value of the business be based solely on its net tangible assets. There should be no consideration of personal goodwill, he said. Accordingly, he valued the practice at $52,000.

In contrast, the wife’s expert explained his valuation excluded the value of personal goodwill (about $210,000) but included enterprise goodwill, which amounted to nearly $278,000. Adding to enterprise goodwill the value of the business’s hard assets and subtracting total liabilities, he determined the practice was worth nearly $430,400. He asserted that, since the husband had worked in another place at one point, “any dentist could step into [the husband’s] practice.” Consequently, it was appropriate to also consider the personal goodwill related to the subject practice.

The expert’s personal goodwill argument carried no weight with the trial court. Citing precedent, it said: “There is a disturbing inequity in compelling a professional practitioner to pay a spouse a share of intangible assets of a judicially determined value that could not be realized by a sale or another method of liquidating value. Smith v. Smith, 709 S.W.2d 588 (Tenn. Ct. App. 1985) (citing Holbrook v. Holbrook, 103 Wis. 2d 327 (Wis. Ct. App. 1981).

At the same time, the trial court adopted the $430,000 valuation the wife’s expert proposed, which excluded personal goodwill but included hard assets and enterprise goodwill. Although the valuation was “somewhat optimistic,” it was acceptable because it aligned with the value ($450,000) the husband himself had assigned to the practice in a 2005 loan application, the court decided.

It found the $52,000 figure the husband’s expert proposed “grossly” undervalued the company. Moreover, the court stated that “a valuation of the business that does not account for the enterprise goodwill that results from building a successful operation for eight years, especially when the business has been posting its best profits in the most recent years, seems unreasonable.”

The appeals court agreed. It allowed that some courts in the state recognized the distinction between enterprise and professional goodwill. But it continued to say: “[T]his Court has been reluctant to allow enterprise goodwill to be divided as a marital asset upon divorce when the business involved is a sole proprietorship as here.” (referencing Hartline v. Hartline, 2014 Tenn. App. LEXIS 7). Since the husband’s business was a solo practice, the trial court’s adopting a valuation that expressly included enterprise goodwill was error, the Court of Appeals held.

In a final remark on this issue, the appeals court dismissed the trial court’s effort to justify the final value by reference to other evidence, specifically the husband’s “own admission” on a financial statement that the practice was worth $450,000. Looking more closely at the document, one could see he also had listed a debt against dental equipment of $240,000, the appeals court observed. Therefore, the total value as it appeared on the statement was only $210,000 and did not comport with the $430,400 figure the wife’s expert proposed based on the inclusion of enterprise goodwill.

For all of these reasons, the Court of Appeals remanded, ordering the trial court to produce a valuation “without consideration of professional or enterprise goodwill.”

« Putting ESOPs to Work for You and Your Employees
Is the IRS Targeting Partnerships? »