Putting ESOPs to Work for You and Your Employees 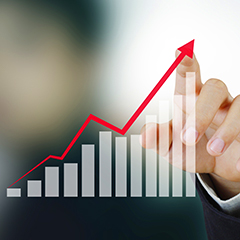 Employee stock ownership plans (ESOPs) provide tax-saving opportunities for business owners who want to exit the business and are committed to employee ownership. A business valuation is the first step to determining whether this option makes sense for you.

How ESOPs Save Taxes

Business owners typically qualify for the current maximum 20 percent maximum federal rate on long-term capital gains when they sell their C corporation for a big profit, assuming they’ve owned the shares for over a year.

While a 20 percent rate is good, a tax-free sale to an ESOP could be even better.

Current rules: The maximum federal income tax rate on C corporation dividends is now 20 percent for single people with taxable income above $400,000 ($450,000 for married joint-filing couples). Upper-income individuals may also owe the new 3.8 percent Medicare surtax on dividend income. For other taxpayers with lower incomes, the tax rate on dividends is 15 percent. Under these rules, ESOPs remain an attractive option.

A Closer Look at ESOPs

An ESOP is a type of qualified employee retirement plan that companies can establish for their staff members. An ESOP is intended to invest primarily in stock of the sponsoring employer (the corporation that established the plan), unlike other kinds of qualified plans. A newly formed ESOP can borrow money from the corporation or from a commercial lender (or both) and use the resulting cash to buy some or all of the owner’s shares. Under the tax rules, however, a newly formed plan must own at least 30 percent of the company stock.

The corporation makes annual deductible contributions to the plan after the ESOP acquires its shares. Eventually, those contributions retire the ESOP’s loan, at which point the plan owns the purchased shares free and clear. Shares are allocated to accounts as the corporation’s employees become vested in their accounts. Eventually, the employees become indirect stockholders through the ESOP.

As mentioned earlier, the corporation’s contributions to the ESOP are used to pay both the principal and interest on the plan loan that was used to buy the business owner’s stock. The company effectively deducts both the principal and interest since the contributions are deductible, which is a unique tax advantage. Also, the business owner can elect to defer the federal income tax bill on the profit from selling shares to the ESOP. To do this, however, the owner must reinvest the stock sale proceeds in “qualified replacement securities” which can include publicly traded stocks and bonds.

Where Business Valuation Fits In the Picture

The U.S. Department of Labor requires that ESOPs pay no more than “adequate consideration” when investing in employer securities. You need to obtain appraisal updates at least annually to support transactions between the plan and a party in interest, including when the ESOP sells out of its stock position. If you think an ESOP might work for you, contact your accounting firm about obtaining a business valuation.

The IRS also has a vested interest in making sure that ESOPs are playing by the rules. IRS Announcement 95-33 outlines examination guidelines for ESOPs, and appraisal reports prepared by credentialed valuators professionals who specialize in ESOPs can help thwart an IRS audit of your plan.

Who Can Help Implement an ESOP?

Professional tax and valuation advice is needed to implement an ESOP, because there are several hurdles to overcome in the process to reach desired results. However, it’s a good investment to consider because the ESOP stock sale strategy allows business owners to trade their relatively illiquid company stock for ultra-liquid publicly traded investment securities while postponing or maybe even eliminating the federal income tax bill. Contact your tax adviser if you want to learn more about an ESOP stock sale.