Is the IRS Targeting Partnerships? 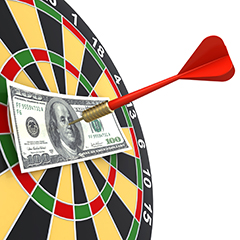 The IRS Fiscal Year 2015 Enforcement and Service Results showed an increase of 18.6% over the previous year for audits of partnerships. That’s the highest audit rate partnerships have experienced since 2006. By comparison, audits of large C corporations decreased by 8.8% in 2015.

And under the new rules for audits of partnerships that were enacted last November under the Bipartisan Budget Act of 2015, the situation is expected to only get worse. The new rules also apply to multimember limited liability companies (LLCs) that are treated as partnerships for federal tax purposes. (For simplicity, we’ll use the terms “partnership” and “partner” to refer to all entities and owners affected by the new partnership audit rules.)

Here’s what owners of these pass-through entities need to know, starting with the current partnership audit rules, which will remain relevant for a while longer.

It’s important to review the current rules, which will continue to apply until the revised rules go into effect starting with tax years that begin in 2018, before delving into the new partnership audit rules,. The IRS follows three regimes for auditing partnerships under the Tax Equity and Fiscal Responsibility Act (the law that was revised by the Bipartisan Budget Act).

Under the new rules, the IRS will audit partnership items and partners’ distributive shares for the applicable partnership tax year (called the “reviewed year”). Any adjustments are taken into account by the partnership (not the individual partners) in the adjustment year.

Partnerships generally must pay tax equal to the imputed underpayment amount, which generally equals the net of all IRS-imposed tax adjustments for the reviewed year multiplied by the highest individual or corporate tax rate in effect for that year.

Such partner-level information could include tax rates applicable to specific types of partners (for example, individuals vs. C corporations and tax-exempt entities), amended returns filed by partners, and the type of income subject to the adjustment (for example, ordinary income vs. capital gains and qualified dividends).

The partnership can elect to issue adjusted Schedules K-1 for the reviewed year to its partners as an alternative to taking an adjustment into account at the partnership level. In that case, the partners would take the adjustment into account on their individual returns in the adjustment year through a simplified amended return process. Schedule K-1 is the information return that must be provided to each partner. It shows the recipient partner’s share of all partnership tax items and includes other information needed to prepare that partner’s separate federal income tax return.

Finally, the partnership also has the option of initiating an adjustment for the reviewed year, such as when it believes an additional tax payment is due or a tax overpayment was made. The partnership would generally be allowed to take the adjustment into account either at the partnership level or by issuing adjusted Schedules K-1 to the partners.

Partners generally must treat each partnership item of income, gain, loss, deduction or credit in a manner that is consistent with the treatment of the item on the partnership return, as a result of the new rules.

Similar to the provision in the current audit rules that exempts most small partnerships (with 10 or fewer partners) from the unified audit rules, the new rules allow eligible partnerships with 100 or fewer partners to elect out of the revised rules for any tax year. To be eligible for this election, all partners generally must be individuals, C corporations, foreign entities that would be treated as C corporations if they were domestic entities, S corporations or estates of deceased partners.

If the IRS audits a partnership that has elected out of the new rules, the partnership and its partners will be audited separately under the audit rules applicable to individual taxpayers.

When the new partnership audit rules go into effect, businesses that are set up as partnerships and multimember LLCs could be at a greater risk of being audited. And although the new rules are complex, they’re expected to make it easier for the IRS to audit large partnerships.

The IRS is expected to issue additional guidance on the rules and it’s expected to come out during the summer. Contact your tax adviser for insight into how these changes are likely to affect your business.

« Tennessee Appeals Court Straddles Goodwill Issue in Divorce
Too Much Paperwork? What You Can Throw Away After Filing »