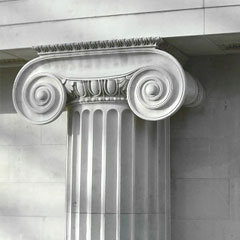 This is the sixth such process agreement the DOL has made with defendant trustees. Ostensibly the agreements only bind the parties to it, here FNB. At the same time, the agreements have come to serve as guideposts to the ESOP community as a whole regarding the issues the DOL prioritizes in scrutinizing ESOP transactions and the positions the DOL takes on the issues. The crux long has been that the DOL has failed to issue final regulations that provide legal guidance and certainty to actors in ESOP transactions.

The control provision in the FNB agreement applies only “when the ESOP intends to buy a controlling interest in the company whose stock it intends to acquire.” It speaks to the question whether the ESOP, in purchasing 100% of the stock of a company, has acquired actual control over the company such that it is appropriate to include a control premium in the valuation underlying the transaction. This issue was heavily litigated in the two key cases arising in the 4th Circuit, Brundle and Vinoskey. In both cases, the courts sided with the DOL in finding the ESOP did not in fact acquire control of the company and a control premium was not justifiable.

The FNB agreement obliges FNB, when acting as trustee in an ESOP transaction, only to approve a transaction in which the ESOP pays for a control premium if FNB ensures the ESOP acquires a host of specific rights that, in the DOL’s view, reflect true control over the company. “Control,” under the agreement, means having “all of the unencumbered rights” a controlling shareholder normally would have as well as the rights normally vested in the company’s board of directors and top executives. ESOP practitioners have chafed at this expansive definition of control.

Moreover, if the transaction imposes restrictions on the ESOP’s ability to control the company or the ESOP does not acquire “the degree of control of the company commensurate with the ownership interest it is acquiring,” FNB as trustee must ensure the purchase price reflects the ESOP’s lack of control. In these circumstances, FNB has to ensure that the valuation does not only include a control premium but includes “an appropriate lack of control discount [DLOC], to the extent that the ESOP’s rights of control are diminished.”

Open questions are whether the list of rights the DOL provides here is now applicable in all ESOP transactions to show the ESOP has acquired actual control, whether a transfer of rights short of those on the list requires an adjustment in the form of a DLOC, and how one calculates the “appropriate” lack of control discount.

Also important is a provision that says FNB cannot request indemnification by an ESOP or “ESOP-owned company (irrespective of whether the ESOP owns some or all of the company’s stock)” for liability and losses from breach of fiduciary duty claims or other ERISA violations. FNB, as defendant, also cannot ask for the advancement of legal fees “unless an entirely independent third-party determines that there has been no breach of fiduciary duty.” Even then, there has to be “a prudent arrangement” that guarantees a refund of advanced fees or costs if a court later determines there was a fiduciary breach.

As legal exposure particularly for ESOP trustees has increased, who bears the cost of defending against DOL action has become a critical issue. This provision suggests an effort by the DOL to tighten restrictions on the defense-related assistance available to ESOP trustees.

« Employee or Independent Contractor? The Rules May Be Getting Simpler.
Consider WARN Act Legalities If You Need to Lay Off Employees »