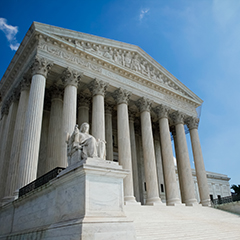 The 4th Circuit Court of Appeals just affirmed the district court’s ruling against the trustee in the intensely contested Brundle v. Wilmington Trust ESOP case, including the district court’s valuation and damages findings. The district court concluded that the ESOP trustee had violated its fiduciary duty by causing the plan to overpay by almost $29.8 million.

The case made waves because the independent trustee and valuation firm representing the plan’s interests had extensive ESOP experience. Also, in ruling on the trustee’s motion for reconsideration, the district court conceded some valuation-related errors but found these did not change the outcome. As we reported earlier, outside interests, including the ASA and the Department of Labor, filed amicus briefs with the 4th Circuit: The ASA defended the conduct of the trustee and the work of the ESOP valuator. The DOL, relying on the plaintiff expert’s valuation, claimed the record and case law supported the district court’s decision.

In its much-anticipated ruling, the appeals court found the district court’s inquiry into the trustee’s performance, particularly as concerns the trustee’s engagement with the ESOP appraiser’s value determination, followed the applicable legal principles. The district court “issued extensive factual findings” to support its conclusion that the trustee’s reliance on the ESOP appraiser’s report was not “reasonably justified” and that the trustee had not “thoroughly probed the gaps and internal inconsistencies in that report.”

The district court’s findings that the trustee had failed to question the appraiser’s reliance on management projections, failed to inquire why the appraiser did not address a relatively contemporaneous alternate valuation that had arrived at a much lower per-share price, and failed to probe why the appraiser included a control premium given the sale was specifically designed to ensure the seller’s continuing control over the company’s board were all supported by the record, the appeals court stated.