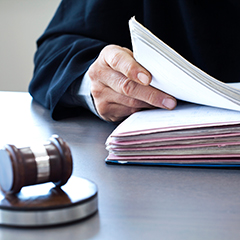 In re Appraisal of SWS Group, Inc.

Only days after deferring to the merger price in the PetSmart case, the Delaware Court of Chancery opted for the discounted cash flow analysis in the instant appraisal proceeding. This case, which featured a bank holding company, presented a challenge of how to account for the target’s excess regulatory capital. It also illustrates how an appraisal arbitrage strategy may backfire. Because Chancery decisions carry influence beyond Delaware, financial experts benefit from studying both opinions.

The target, SWS Group Inc. (SWS), was a small bank holding company that traded on the New York Stock Exchange. SWS had two business units: traditional banking and a brokerage business. The banking segment suffered during the recession, and federal regulators eventually limited its activities and imposed heightened capital requirements. In 2011, SWS entered into a credit agreement with two financial companies. One of them was Hilltop Securities, which ended up acquiring SWS in the contested merger. Under a credit agreement, the creditors made a $100 million senior unsecured loan in exchange for the right to purchase about 8.7 million shares of SWS common stock at $5.75 per share. Exercise of the warrants would eliminate the debt; otherwise, the loan would mature in five years. The agreement also gave both creditors the power to appoint a board member and a board “observer.” And a “merger covenant” prohibited SWS from undergoing a “fundamental change,” that is, from being sold.

From 2011 through 2014, management prepared annual budgets that were extrapolated out into three-year “strategic plans.” The underlying assumptions were that each annual budget for the individual years would be met, and there would be straight-line growth in revenue and profits. In actuality, SWS never met its individual-year budgets or the revenue and profits targets. However, it was able to achieve a termination of the regulators’ cease and desist order.

In early fall 2013, Hilltop began to pursue an acquisition of SWS without initially informing SWS of its interest. Hilltop viewed an acquisition from a synergistic perspective. After Hilltop made a public offer, two other bidders came forward. These went nowhere. During the sales process, Hilltop did not waive the merger covenant. Also, three months before the merger closed, the two creditors decided to exercise most of their warrants. This step eliminated about $87.5 million in the company’s debt, changed its capital structure, and enabled the creditors to vote the acquired shares in favor of the merger. The merger closed in January 2015. The final merger consideration was $6.92 per share.

Both parties retained experienced valuation experts to bolster their positions at trial. The petitioners’ expert performed a DCF analysis that he weighted at 80% and a comparable companies analysis that he weighted at 20%. He achieved a fair value of $9.61 per share, translating into a total value for the company of $483.4 million. The company’s expert relied solely on a DCF analysis. His final value was lower than the merger price: $5.17 per share. He noted the sales price included synergistic value that was excludable in a statutory appraisal.

The court found the sales process here was problematic, in part because the acquirer had a partial veto power over competing offers. It also rejected the comparable companies valuation, finding the peer companies were not comparable.

The court relied on the DCF, “assisted by the learned but divergent opinions of the parties’ experts.” A notable disagreement between the experts concerned the treatment of the exercise of warrants, which created additional excess regulatory capital. The key issue was whether this additional capital was akin to excess cash, which, under valuation methodology, would need to be added in a DCF analysis.

The petitioners argued the warrant exercise was part of the operative reality of the company. Treating this excess capital as if it were excess cash, the petitioners’ expert assumed a distribution to shareholders of $87.5 million in Year 1 of the projections and another $30 million distribution in Year 3. The company claimed that, but for the merger, the warrants would not have been exercised. Any merger-related value was excludable under appraisal jurisprudence.

Other notable disagreements focused on the appropriateness of extending the three-year management projections by two years, as the petitioners’ expert did, and the determination of the proper discount rate.

The court’s DCF analysis yielded a fair value of $6.38 per share, a price that was lower than the deal price. The result should not be surprising, the court said, considering “the record suggests that this was a synergies-driven transaction whereby the acquirer shared value arising from the merger with SWS.”

« Proposed Regs Would Expand Health Reimbursement Arrangements
Small Employers: Should You Jump on the MEP Bandwagon? »