Small Employers: Should You Jump on the MEP Bandwagon? 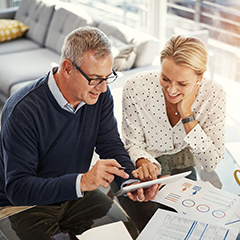 There are approximately 38 million private sector employees in the United States who lack access to a retirement savings plan through their employers. Now, momentum is growing in Washington, D.C. to fix this situation by letting small employers take advantage of multiple employer defined contribution plans (MEPs).

Is an MEP an option for you and your Maine-based workers? Should the federal government expand these retirement savings programs, small employers will want to carefully consider the pros and cons before jumping on board the MEP train.

In September 2018, an executive order was issued by President Trump asking the U.S. Department of Labor (DOL) to look at ways to help employers expand access to MEPs and other retirement plan options for their workers. The order also looks to improve the effectiveness and reduce the cost of employee benefit plan notices and disclosures.

In response, the DOL has published proposed regulations that would expand MEP participation eligibility. By early 2019, these regulations should be finalized.

A MEP essentially acts as the sponsor of a defined contribution (DC) plan, on behalf of a group of employers under its administrative umbrella. The Society for Human Resource Management says, “The employers would not be viewed as sponsoring their own plans under ERISA. Rather, the [MEP] would be treated as a single employee benefit plan for purposes of ERISA.” The MEP’s sponsor “would generally be responsible, as plan administrator, for complying with ERISA’s reporting, disclosure, and fiduciary obligations.”

Theoretically, the administrative efficiencies of participating in a MEP would reduce the costs of providing employees with retirement savings plans. Of course, there are additional factors to take into consideration when evaluating MEPs.

The current rules only provide for “closed” MEPs, which are sponsored by an association whose primary purpose is something beyond sponsoring the MEP. Members of the association must also have a “commonality of interest.”

The new proposal relaxes these rules—membership in a MEP could open up to companies in the same geographic area or in the same trade, profession or industry. And as long as the association had at least one secondary “substantial business purpose,” sponsoring the MEP could be the association’s primary purpose.

There were several additional requirements for MEP sponsoring associations listed in the DOL’s proposed regulation. Among them, the association must:

These changes would allow PEOs (professional employer organizations) to sponsor MEPS as long as the PEOs meet certain requirements, including performing “substantial employment functions” on behalf of their employer clients. Self-employed individuals and sole proprietors would also be eligible to participate in a MEP.

While the proposed DOL changes would ease current restrictions on MEPS, there remain enough constraints that could limit their expansion. The so-called “bad apple” rule is one of the major issues that the proposed regulations fail to resolve. That rule details that if one employer in a MEP does not fulfill its administrative requirements, the entire MEP could potentially be disqualified under the DOL proposal.

Luckily, the House of Representative has already passed the Family Savings Act, a bill that addresses the bad apple issue. The Senate has a similar measure (the Retirement Enhancement and Savings Act) under consideration. The proposed legislation would clarify that plans would separate noncompliant employers from other employers—essentially quarantining the bad apples.

The Senate’s version of the legislation would create a type of MEP known as a “pooled employer plan” (or PEP). PEP participants would interact with the plan electronically to help keep the plan’s administrative costs as low as possible.

It’s not clear whether the new-and-improved MEPS will have a significant cost advantage or whether that’s even a primary objective of employers that choose to join a MEP. Inexpensive web-based 401(k) plan sponsorship platforms have emerged in recent years that help to address the cost issue.

Looking for more information about your situation? Filler & Associates can help you select the retirement savings plan options that make the most sense for you and your employees.