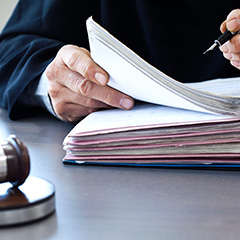 The case involved a short-lived ESOP whose structure was unusual in that the sellers—the principal shareholders in a private security firm—agreed to sell 90% of their shares to the ESOP and exchange the remaining 10% for warrants. The warrants allowed the sellers to buy back equity in the company and keep control by appointing a majority of the board of directors.

Management hired a firm known for its ESOP experience to act as trustee. That firm, in turn, engaged a reputable valuation firm as a financial advisor. Seven months after the ESOP’s formation (in late 2013), the company sold itself to a competitor. The sale terminated the ESOP. Valuators at trial called the ESOP an “extreme outlier” given its brief duration. The Department of Labor opened an investigation into the conduct of the trustee and other fiduciaries, and two plan participants filed a complaint.

Significant overpayment. The issue was whether the trustee had engaged in a prohibited transaction and, if so, whether it had an “adequate consideration” defense in that the ESOP paid no more than fair market value for the company’s stock. The court considers whether the trustee acted in accordance with its ERISA fiduciary obligations. To do so means investigating the financial expert’s qualifications, providing the expert with complete and accurate information, and making sure reliance on the expert’s advice is reasonably justified under the circumstances.

According to the court, the trustee had no defense; it had caused the ESOP to overpay by almost $28 million. Had it done a meaningful review of the financial advisor’s valuation report, it would have noted deficiencies in the analysis and questioned the value conclusion. For example, even though the trustee knew that a different financial firm had valued the company only 11 months before the ESOP valuator did and had used the same methodology, the trustee never asked to see the earlier valuation for comparison. Had it done so, it would have realized the earlier valuation stated an enterprise value that was almost $100 million below the value the ESOP valuator determined. A prudent trustee then would have asked to see the projections the ESOP valuator used and examined the assumptions it made, the court said.

Further, the trustee was aware of, but did not home in on, the risk stemming from the company’s high concentration of revenue in just two contracts. The trustee did not question the ESOP valuator’s risk assessment, reflected in a 0.7 beta. And, considering the lack of control the ESOP ended up having, the trustee should have probed the ESOP valuator’s addition of a 10% control premium in its guideline company method analysis and the failure to discount its DCF analysis for lack of control.