Is an Association Health Plan Right for Your Company? 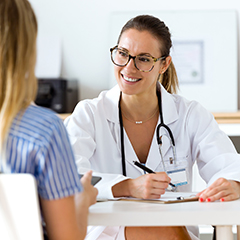 Association health plans (AHPs) are health benefit policies made available to small employers through a group purchasing arrangement to the benefit of association members and their employees. Last October, the Trump Administration started to develop AHP’s as an alternative for employers to provide health insurance to their workers. Under the previous rules, AHPs were only available to tightly linked employers (such as parent-child companies).

However, under a new set of regulations issued by the Department of Labor on June 19, “an AHP now could offer coverage to some or all employers in a state, city, county, or a multi-state metro area, or it could offer coverage to businesses in a trade or industry group nationwide.” The term “now” in that statement is somewhat misleading, as AHPs won’t kick in until April 2019 for new associations creating self-funded plans. Existing AHPs will be able to reconstitute themselves under the new regulations in September.

AHPs are being promoted as a way to make less costly health coverage available to small employers through these new regulations. Small employers (those under 50 employees) are not, of course, required to offer health coverage under the Affordable Care Act (ACA). But those small companies that do decide to offer plans issued by a health insurance carrier, the plans must cover the ACA’s 10 “essential health benefits.”

Large self-insured employers (those with more than 50 employees) are not required to cover all of the 10 essential health benefits with their coverage, although most do so due to other facets of the ACA and the competitive forces in the labor market.

For small employers, being self-insured generally isn’t feasible. Associations formed to offer health plans do have the collective size that make self-insurance possible. The total number of employees covered by an AHP would be counted the same way as employees of a single employer’s plan even if the AHP isn’t self-insured. Since an AHP will cover the lives of more than 50 individuals in their combined membership’s employee headcount, AHPs, like larger employers, will also avoid the ACA’s required 10 essential health benefits.

President Trump recently gave a speech to small business owners that mentioned the new AHP regulations. He told the audience they may be able to “save massive amounts of money and have much better health care.”

What would make these plans cost less? The primary reason is that AHPs will not be subject to provide the 10 essential health benefits. Secondarily, the larger the AHP, the greater the purchasing power. This provides leverage to negotiate competitive rates from medical groups, hospitals, and other providers.

Under the new rules, AHPs can also be joined by, and provide coverage to, self-employed individuals with no employees.

Regulation of AHPs will be performed by both the states and by the federal government.

There has not been universal praise for the new regulations. The American Cancer Society, for instance, has expressed concerns that an AHP could “exclude coverage for prescription drugs or other essential health benefits, cap coverage based on the number of hospital days, and cover less than 60% of a patient’s medical costs.”

While pre-existing conditions will not be a reason AHPs can exclude potential members, the final rules do “allow such plans to impose different rates on different groups based on the age, gender, group size and location of enrollees.” AHPs can also exclude geographic areas from membership.

Finally, the American Cancer Society worries that more streamlined coverage available from AHPs would be especially attractive to employers with healthy employees. This would result in a higher concentration of less healthy employees and a higher associated cost burden on other plans. They predict, “this rule will erode the availability of affordable comprehensive coverage in most states’ individual and small-group markets.”

It won’t be clear for months or even years whether the critics or proponents of the new AHP rules are correct. No plan is without some wrinkles. The end result is likely to vary considerably by geography, employer size, industry, and other unforeseen factors. That said, employers looking for alternatives to their current health benefits should monitor local AHP developments.