Misunderstanding of Facts Results in Overvaluation of Fuel Supply Rights 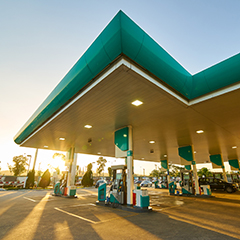 When the distributor of Exxon-branded fuel ran into financial trouble, it agreed to transfer its rights to supply several retail stores to the defendant in exchange for the latter’s assumption of the debtor’s liability to Exxon. After the debtor filed for Chapter 11 bankruptcy, the issue was whether the transfer was fraudulent. The answer turned on the valuation of the fuel supply rights. The court found an expert appraisal overvalued the rights based on the appraiser’s misunderstanding of key facts.

The debtor had a franchise agreement with ExxonMobile (Exxon) under which it sold Exxon-branded fuel to a number of retail stores. Although it had a long-standing relationship with the retail stores, the parties had no written contracts.

The debtor also had entered into a series of agreements with Exxon (the BIP agreements) under which Exxon would loan the debtor funds to outfit the stores to meet Exxon’s requirements. As long as the stores operated as Exxon-branded stations, the debtor’s loan balance did not become due and decreased over time. Under the best-case scenario, Exxon would consider the loan repaid at the end of the loan agreement term.

Exxon gave the debtor a “prompt pay discount” for timely payments. However, once the debtor ran into financial trouble, in May 2011, Exxon disallowed the discount and asked for cash upon delivery of fuel. In dire straits, the debtor asked the defendant, another Exxon-branded fuel supplier, for help in meeting the demands of the retail stores. Ultimately, the debtor transferred the fuel supply rights (i.e., the relationships with the retail stores) to the defendant, which assumed the debtor’s liability to Exxon with regard to each retail store. Several months later, the debtor petitioned for Chapter 11 bankruptcy and under its reorganization plan sold its assets, including the debtor’s agreements with Exxon, to a third party. The plan administrator sued, claiming the transfer was constructive fraud in that the debtor did not receive reasonably equivalent value when it transferred the fuel supply rights and BIP agreements to the defendant. The rights were worth substantially more than the obligations the defendant took on.

The plaintiff’s expert used a discounted cash flow analysis to value the transferred fuel supply rights. Unaware that Exxon had discretion over the prompt pay discount; the appraiser initially applied the highest rate Exxon had granted the debtor. He later acknowledged he had overvalued the rights based on a misunderstanding of the facts and recalculated their value using a lower rate.

The valuation also included a substantial residual value based on the appraiser’s untested assumption that the retail stores would continue to buy Exxon-branded fuel from the defendant at the same margin for a specific 10-year period. The appraiser was unaware that there were no written contracts. Testimony from retail store representatives also showed that, in search of the best deal, retailers frequently switched wholesalers and brands.

The defendant asked the court to disregard the expert testimony claiming the valuation was based on unsubstantiated assumptions and included speculative residual value.

The court agreed with the appraiser that, even without written contracts, the fuel supply rights had value, whether as implied contracts, customer relationships, or an income stream. But the value of the rights was overstated, the court found. Since there was no written agreement to supply fuel, there was no extension for any specific term and no justification for the residual value. Further, the appraisal did not account for expenses related to the fuel supply agreements, the court said. In assessing the value of the rights, the court also noted “potential reductions for the appraiser’s misunderstanding of the source of agreements and discount, among other issues.” The court did not assign a specific value to the rights, but, in light of all adjustments, decided there was no evidence of great disparity in the consideration the parties had given. The exchange was an arm’s-length transaction, it found. Further, the plaintiff failed to show the defendant did not give reasonably equivalent value. There was no fraudulent transfer, the court decided.

« Effects of the Tax Law Vary Based on Major Life Events
Will States Conform to the New Tax Rules? »