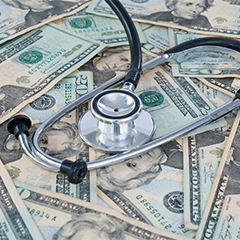 The Affordable Care Act (ACA), enacting in 2010, has been controversial since the start. The latest legal attack raises the question as to whether insurance carriers will continue to be required to issue coverage with individuals no matter their pre-existing medical conditions, and how much pricing flexibility carriers may have based on a covered groups demographics.

It’s likely to be months before this legal battle is resolved. In the meantime, it’s important to stay aware of the situation since the outcome could impact both employer health plans and people buying coverage on an individual basis. Here’s what we know right now:

The current issue arises in the wake of the Tax Cuts and Jobs Act (TCJA) and relates to the constitutionality of key ACA provisions. For tax years starting with 2019, the TCJA gets rid of the ACA penalty for those individuals who fail to get minimum essential health coverage. In February 2018, a federal case was filed by Texas and 19 other state governments, including Governor Paul LePage of Maine, that centered on an earlier challenge to the ACA’s basic constitutionality. That earlier challenge, NFIB v. Sebelius, 648 F. 3d 1235, was rejected by a majority of the U.S. Supreme Court in 2012.

The NFIB ruling by the Supreme Court essentially rested on the federal government’s use of the tax system to penalize those individuals who fail to observe the individual health care coverage mandate. Texas and other opponents of the ACA now argue that the TCJA’s elimination of that penalty invalidates the basic remaining provisions of the ACA.

Two Sides to the Debate

The Trump administration has mostly sided with Texas and the other plaintiff states. In early June, the Justice Department filed a brief and argued, “Because the TCJA eliminated the basis for the Court’s saving construction in NFIB, the individual mandate is untethered to any source of constitutional authority.” It then claims that untethering undermines the remaining key ACA provisions.

The Justice Department did not accept the entire position detailed by Texas and the other states in it’s brief though. Instead of eliminating the ACA in full, as Texas would do, the Justice Department argued that other ACA features—including the health exchanges and tax subsidies for low-income individuals buying coverage through the exchanges—should be left intact.

Now, California and 15 other states have joined the case, in full support of all the surviving ACA provisions. The key argument in support comes from an interpretation of congressional intent upon adoption of the TCJA. This argument is based on statements made by leading Republican senators when explaining their support for the measure. For example, Senator Orrin Hatch (R-UT) stated that the TCJA “does nothing to alter Title 1 of [the ACA], which includes all of the insurance mandates and requirements related to pre-existing conditions and essential health benefits.”

Health insurance industry trade group America’s Health Insurance Plans (AHIP) agrees with Sen. Hatch. An AHIP statement read, “Zeroing out the individual mandate penalty should not result in striking important consumer protections such as guaranteed issue and community rating rules that help those people with pre-existing conditions.” It continued, “Removing those provisions will result in a patchwork of requirements in the states, cause rates to go up even higher for older Americans and sicker patients, and make it challenging to introduce products and rates in 2019.”

The case is at the trial court level right now, but no matter the decision, the parties are likely to appeal to higher courts—possibly even the U.S. Supreme Court. Should the courts ultimately rule in favor of Texas and eliminate the pre-existing condition exclusion provision, self-insured employers could still design their health plans to accommodate everyone. Sponsors of fully insured health plans could be in a more difficult position.

Employers who have fewer than 50 employees have never been subject to the employer mandate under the Affordable Care Act. But these employers could have some challenges ahead whether they choose to offer (or continue to offer) a health plan. That’s because, without the individual mandate, employees might decide not to get health coverage, even if it is available through their employer. If their co-insurance obligations under the employer’s plan are significant, some employees may decide they can save money by not enrolling in the plan.

This could become an issue both for them and their employers if they get sick. An uninsured employee may forgo treatment and come to work sick once they exhaust any paid sick leave they have access to. Sick employees could spread contagious diseases to colleagues. And should they continue untreated, a serious illness could result leading to needing emergency room care.

You may decide to continue offering health benefits even without being subject to the employer mandate. The courts’ ruling doesn’t need to affect your decision to provide coverage. If the surviving ACA provisions remain, your original reasoning for having a health plan is likely to remain valid.

Should the courts side with Texas and you decide to drop your health plan, your employees would need to purchase coverage from an individual insurance market. That market would be able to deny coverage on the basis of a pre-existing condition, potentially leaving many people in dire straits.

As the battle occurs at the federal level, New Jersey and Massachusetts have put in place their own individual mandate laws. Employers everywhere will need to pay attention and be prepared to adapt their health benefit strategies as new ACA-related legal and legislative actions occur quickly. Contact your tax and legal advisors for the latest developments on the ACA.