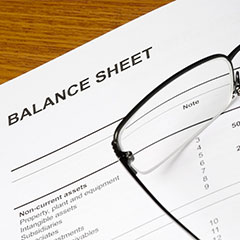 When a company declares bankruptcy, investors often question the accuracy of post-petition valuations offered by other stakeholders. But, as a recent ruling in a major bankruptcy case shows, investors rarely succeed in convincing the court to appoint an equity committee to ensure their interests are duly represented in the reorganization phase.

The debtors were Sunedison, a holding company, and many affiliate entities. They were in the business of developing renewable energy projects. The day before they filed for Chapter 11, in April 2016, there were approximately 436 million shares of Sunedison common stock outstanding and approximately 214 holders of record.

Focusing on the balance sheet information, a number of shareholders asked the court to appoint an equity committee. There was no valuation evidence that specifically discredited or contradicted the $4 billion equity value that was stated in the prepetition financials, they argued.

At a hearing on whether or not to approve an equity committee, the court received additional information about the company’s solvency from the debtors’ financial advisor and investment banker. He revised the valuation of the debtors’ assets upwards based on rising share prices for Sunedison’s key assets. He also said his earlier estimate did not include a control premium for Sunedison’s interest in those assets, which might enhance share value by another 20% to 30%. Moreover, there was reason to think some other assets would command a higher price than expected. Instead of $850 million, as previously predicted, the debtors might realize as much as $1.5 billion from the sale of the various assets.

At the same time, the debtors’ secured and unsecured debt was about $4.2 billion, and contingent liabilities could amount to another $1.2 billion, or more. Debt was trading at around $0.06 shortly after the filing of the petition, the debtors’ advisor said.

The court noted the Bankruptcy Code provides for the formation of an equity committee “if necessary to assure adequate representation of creditors or of equity security holders.”

The issues of solvency and “adequate representation” are “intertwined,” the court said. If a debtor is solvent, there is concern that creditors may take control of the company by paying less than adequate consideration for it. But, if the bankruptcy estate is “hopelessly insolvent,” the equity holders have no economic interest in the case and no right to any distribution under a reorganization plan. The estate should not have to finance an equity committee in that situation.

Here, the financial evidence to date suggested the company was hopelessly insolvent, the court decided. Insolvency “turns on a comparison between the debtor’s debts and the ‘fair valuation’ of its property,” the court explained. In terms of a going concern, fair value means the fair market price the debtor’s assets could command “if sold in a prudent manner within a reasonable period of time to pay the debtor’s debt.” The court emphasized that fair value is not the value appearing on a company’s balance sheet, even if many shareholders have relied on that balance sheet when deciding to invest in the company.

Even if the market value of the debtors’ assets reached $1.5 billion, “[t]his is $2.5 billion less than the undisputed funded debt and trade debt totaling over $4 billion,” the court said.

Declining to appoint an equity committee, the court said shareholders would be able to renew their request if the facts changed. At the same time, it considered the possibility of that happening “substantially unlikely.”

« How the IRS Proves Fraud and Why It Can Be Devastating
Is Your Expert Skirting the Standards? »