Is Your Expert Skirting the Standards? 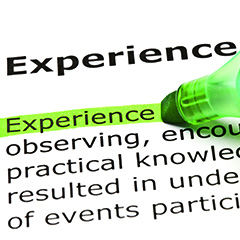 In 1993, the Supreme Court positioned judges as “gatekeepers” against “junk science” in Daubert v. Merrell Pharmaceutical, Inc. (509 U.S, 579). Then, in 1999, Kumho Tire Company v. Carmichael (526 U.S. 137) extended the scope of Daubert beyond scientific testimony to other academic disciplines, including finance and appraisal, accounting, statistics, and economics.

Daubert hearings are common today. Judges want more objectivity, as well as higher quality from expert witnesses now more than ever. And those experts that are inexperienced or part-time might not know about the increased scrutiny they face. It’s important to be fully aware of an expert’s credentials before hiring them to value a business or compute economic damages.

Attorneys who are trying to discredit an expert can start a Daubert challenge. Usually, each attorney will have to prove his or her expert’s admissibility. Daubert focuses on the reliability and relevance of the expert’s analyses, rather than the accuracy of their opinion, using the following four-prong test:

Testing. Has the expert’s methodology been tested?

Peer review. Have other practitioners gone over the method to find any potential flaws? Has the methodology ever been published?

Error rate. What is the methodology’s known rate of error? Are there standards within the expert’s profession to control the method’s use, and has the expert complies with these standards?

Acceptability. Generally speaking, does the scientific community accept the method?

The Supreme Court also expects courts to consider the “replicability” of the expert’s method. If another expert can replicate the analyses and persuade the court that the methodology was appropriate, that method may be acceptable.

Not all expert opinions are created equal. Experts who are under-qualified or just inexperienced may unintentionally or purposefully skirt professional standards and accepted methods.

Expert A was hired to value a physician’s interest in a large specialty practice. She first assigned $100 to the interest, because other physicians had bought in and sold out at that price. But she claimed that she was exempt from AICPA Statement on Standards for Valuation Services (VS) Sections 100 and 9100. Under cross examination she admitted that she really had provided a calculated value, and she also admitted that she was in the process of acquiring the Accredited in Business Valuation (ABV) designation and had received no other specialized appraisal training. A frustrated judge would likely rule that Expert A’s opinion was inadmissible at trial under Daubert.

Expert B also had no valuation credentials to his name. Instead, he’s a CPA who valued a business but structured his work product as an agreed upon procedures engagement under the AICPA attestation standards. His report failed to mention VS Sections 100 and 9100 or any other business valuation standards. Expert B’s rationale for skirting VS Section 100 was paragraph 5, which states:

This paragraph was not intended to apply to valuation opinions prepared for litigation purposes. Instead its intention was to provide an exemption for auditors using fair value financial reporting standards in the performance of an audit, review or compilation. If faced with a Daubert challenge, it’s likely that a court would find Expert B’s opinion inadmissible, too.

Don’t Let This Happen to You

Of course, not every expert who fails a Daubert challenge is incompetent or intentionally skirting standards of practice. There are many instances of exclusions under Daubert where the witness was well qualified and followed the proper steps in preparing a report for a trial.

But these two examples highlight situations in which experts might ignore or attempt to go around the appropriate professional standards. Judges can perceive these short cuts to lead to sloppy and unreliable conclusions.

Always evaluate the potential expert’s experience and credentials before they’re hired. There are online database services that compile recent court decisions and can be used as a background check for potential expert witnesses. Later, upon receipt of the expert’s written report, critically evaluate his or her methodology using the four-prong test set forth in Daubert. To learn more about expert valuators, contact Filler & Associates.