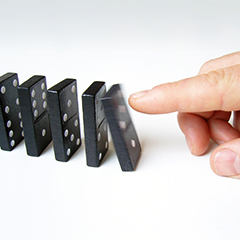 Causation confounds even experienced valuators. A common mistake is not to address it at all and risk exclusion under Daubert. But a recent decision presents the opposite situation: an expert who made causation his be-all and end-all and improperly expanded the role of a damages expert.

Case turns on causation: After the plaintiff was terminated, he filed suit, claiming an employee of the defendant had made defamatory statements about him that eventually cost him his job. He pursued a host of damages, including loss of earnings and benefits and loss of economic relations. Whether and to what extent the alleged defamatory statements caused the plaintiff’s termination was a key issue in the case. The plaintiff retained an expert to calculate damages. The expert report said the damages determination was “based on an assumption of liability. I have done no work to determine liability and do not expect to do any such work.”

The defense offered a rebuttal expert, an experienced valuator, whose main objection seemed to be that the rivaling expert’s calculations were based on flawed assumptions. But he went further. Citing litigation practice guides, the rebuttal expert proposed that: (1) there were “two different contexts of causation, legal and economic”; (2) the issue of causation “continues to be expanded”; and (3) “an expert has a duty to understand and prove that a causal link exists between the incident and each of the damages elements.” As he saw it, “an expert is specifically precluded from relying upon an assumption that economic causation exists.” And “the consideration of all facts available in a case is critical to any economic loss analysis.” When opposing counsel asked him whether causation gave him “license to weigh and compare facts and reliability of witnesses,” he replied: “From an economic point of view, yes.” He added, “Expert witnesses are allowed to sit in the courtroom and listen to all of the testimony, because all of that has a bearing on causation, for example.” He concluded that “based on the economics and my review of the economics,” the plaintiff was terminated for reasons other than claimed.

Misconception: The plaintiff challenged the testimony under Daubert, arguing the expert’s opinions “invade the proper province of the jury to weigh the facts and evaluate witness credibility.” The court agreed. It said the rebuttal expert “twist[ed]” reference material into a concept the texts did not support, a “dichotomy between economic and legal causation that he attempts to exploit.” He “would elevate himself above the witnesses, attorneys, other experts, and even the jury in drawing conclusions.” His “misreading” of the cited authorities was “very troubling,” the court said, but his “serious misconception” of the role of an expert in the courtroom was “significantly more troubling.”

The court only admitted the portion of the opinion that critiqued the assumptions informing the plaintiff expert’s calculations.

Takeaway: According to the court, an expert “should understand causation and base his opinions on sound causation but is not to argue causation or prove it.”