The Latest Tax Developments for Partnerships 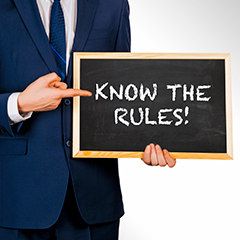 There have been several significant tax developments that affect Maine small business partnerships in recent months. They also apply to multi-member limited liability companies (LLCs) that are treated as partnerships for federal tax purposes. (For simplicity, we’ll use the terms “partnership” and “partner” to refer to all entities and owners that are affected by the developments.)

Here are quick summaries of what’s going on with the partnership tax front.

For partnership tax years beginning after December 31, 2015, partnerships must file Form 1065 one month earlier than before. That means they’re due two and one-half months after the close of the partnership’s tax year, or March 15 for calendar-year partnerships. As before, six-month extensions are allowed. The deadline is adjusted for weekends and holidays until the next business day.

Under prior law, a partnership’s Form 1065 was due April 15, or three and one-half months after the close of the partnership’s tax year, adjusted for weekends and holidays, for calendar-year partnerships.

Important note. This change affects the due date for 2016 Forms 1065 for partnerships that use the calendar year for tax purposes. Those returns will now be due on March 15, 2017.

The IRS issued new final regulations that modify and finalize the so-called “varying interest rules” in August 2015. These rules were previously contained in proposed regulations issued in 2009.

The varying interest rules are used to determine partners’ percentage interests in partnership tax items, including income, gains, losses, deductions and credits, when the partners’ interests change during the year. For example, interests can change due to the entrance of new partners or the exit of existing ones.

Now 100% of all partnership tax items must be allocated among the partners under the new final regs. In addition, no items can be duplicated, regardless of the allocation method adopted by the partnership.

The new final regs allow partnerships to use either of these two methods to determine distributive shares of partnership tax items when partners’ interests vary during the year:

Different methods can be used for different variations that occur within the same tax year. The new final regs are effective for partnership tax years that begin on or after August 3, 2015. For calendar-year partnerships, these changes will be effective for the 2016 tax year.

For many years, some taxpayers and tax professionals had argued that the existing family partnership rules provided an alternative test for determining who’s a partner in a partnership, without regard to how the terms “partner” or “partnership” are defined under the general partnership tax rules found in the Internal Revenue Code. As a result, many partnerships have taken the position that if a person holds a capital interest in a partnership that was acquired as a gift, the partnership’s existence must be respected for tax purposes. They took this position regardless of whether the parties had demonstrated that they actually joined together to conduct a business or investment venture.

By making several statutory amendments, the new law attempts to eliminate this argument. It first clarifies that Congress did not intend for the family partnership rules to provide an alternative test for determining whether a person is a partner in a partnership. Instead, the new law clarifies that the general partnership tax rules regarding who should be recognized as a partner for tax purposes apply equally to interests in partnership capital that are created by gift. Put another way, the determination of whether the owner of a capital interest that was acquired as a gift is a bona fide partner for tax purposes would be made under the generally applicable partnership tax rules.

The new law also removes statutory language that implied that the owner of an interest in partnership capital could always be treated as a partner if capital was a material income-producing factor for the partnership.

These amendments take effect starting with tax years beginning after December 31, 2015. So, for calendar-year family partnerships, 2016 federal tax returns could be affected.

Proposed regulations by the IRS in July 2015 would treat certain arrangements that result in payments to partners as disguised payments for services, rather than as an allocation of partnership profits and a related distribution of cash. These are mainly aimed at changing the tax treatment of so-called “fee waiver arrangements,” under which partnership service providers give up their right to receive current fees in exchange for an interest in future partnership profits. Such arrangements are common in the private-equity and hedge-fund industries.

Private-equity firms and hedge funds are often classified as partnerships for tax purposes. And they typically charge investors a 2% fee on managed assets. In many cases, such arrangements are accompanied by a fee waiver arrangement in which the private-equity or hedge-fund manager exchanges all or a portion of its not-yet-earned management fee for an interest in the fund’s future profits.

The tax planning objective of such arrangements is to allow the manager to trade current fee income, which would be treated as high-taxed ordinary income and be subject to federal employment taxes, for an interest in future capital gains collected by the fund. These future capital gains would be taxed at lower rates.

To determine if such an arrangement should be treated as a disguised payment for services, rather than as a distribution of partnership profits, the proposed regulations would use a facts-and-circumstances approach. The proposed regulations list six non-exclusive factors that may indicate that an arrangement constitutes in whole or in part a disguised payment for services. These proposed rule changes would become effective when and if they’re issued in the form of final regulations.

The tax rules for partnerships and multi-member LLCs change frequently due to new tax legislation and new or updated IRS guidance, and are quite complicated. The goal here was to summarize some key partnership taxation developments that have occurred in recent months for Maine small businesses. Consult your tax adviser if you have questions or want additional information.