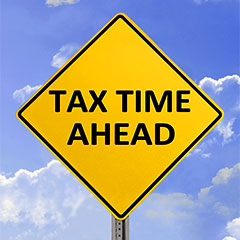 Virtually all Maine small business owners are frustrated with our current tax system. In fact, five out of today’s Top 10 small business concerns relate to state and federal tax issues, according to the Small Business Problems and Priorities survey released by the National Federation of Independent Business (NFIB), a small business advocacy group. Small businesses are most frustrated by the complexity of the tax code and the disparity between effective tax rates of small vs. large businesses. Tax reform will undoubtedly be a hot button during the 2016 presidential race.

The Affordable Care Act (ACA) requires certain employers to report the cost of coverage under employer-sponsored group health plans. This reporting is done on W-2 forms. Reporting the cost of health care coverage on Form W-2 doesn’t mean it is taxable. The reporting is for informational purposes only to help employees understand the cost of their coverage.

W-2 forms must be distributed to employees by February 1, 2016. But gathering the requisite information will be time consuming for most companies. Fortunately, your tax and accounting advisers can assist with W-2 reporting of employer health costs. Be sure to contact them as soon as possible if you need help.

Year-end tax planning for 2015 is particularly challenging because Congress has yet to act on a host of tax breaks that expired at the end of 2014. It’s uncertain at this time whether the “extender” provisions will be extended by Congress on a permanent or temporary basis (and whether any such extension would be made retroactive to January 1, 2015). For businesses, these tax breaks include:

1. 50% bonus first-year depreciation for most new machinery, equipment and software,

3. The research tax credit, and

Discuss the status of these extenders with your tax adviser or Filler & Associates before year end.

Meanwhile, Maine business owners who engage in proactive planning can take some of the “bite” out of their taxes. Here are some simple strategies for you to consider during the fourth quarter of 2015. These maneuvers require action before year end, so don’t delay.

If your Maine business is a sole proprietorship, partnership, limited liability company or S corporation, your share of the business’s income is reported on your Form 1040 and taxed at your personal rate. The majority of small businesses are organized as so-called “pass-through entities” that don’t pay corporate-level income tax.

Deferring revenue into 2016 while accelerating deductible expenses into 2015 makes sense if you expect to be in the same or a lower tax bracket next year, as the individual federal income tax rates are scheduled to be the same for 2016 as they are for 2015. In that case, this strategy will, at a minimum, postpone part of your tax bill from 2015 until 2016.

On the other hand, if your pass-through Maine-based business is thriving, and you expect to be in a higher tax bracket in 2016 (say, 35% vs. 28%), take the opposite approach. If possible, accelerate revenue into 2015 and postpone deductible expenses until 2016. That way, more income will be taxed at this year’s lower effective marginal tax rate instead of next year’s higher rate.

Consider the 2016 corporate income tax rates if your business is a C corporation, as they are also scheduled to be the same as in 2015.However, postpone revenue into next year while accelerating deductible expenses into this year if you expect your corporation to be in the same or lower bracket in 2016. If you expect to be in a higher tax bracket in 2016, try the opposite approach by accelerating taxable income into 2015 and deferring deductible expenses to 2016.

How to Juggle Income and Expenses (for Cash-Basis Entities)

Let’s look at some specific cash method strategies to consider if you expect business income to be taxed at the same or lower rate next year. Juggling year-end revenue and expenses is fairly simple if your Maine-based small business uses the cash method of accounting for tax purposes. The cash method gives you flexibility to manage your 2015 and 2016 taxable income to minimize taxes over a two-year period.

First, before year end, use credit cards to pay recurring expenses that you would otherwise pay early next year. You can deduct the charges in 2015 even though the credit card bills won’t be paid until next year. This favorable treatment doesn’t apply to revolving charge accounts issued by retailers, however: You can’t generally deduct business expenses charged to your retail store account until you pay the bill.

You could also pay expenses with checks and mail them a few days before year end. The tax rules say cash-basis entities can deduct the expenses in the year checks are mailed, even though they won’t be cashed or deposited until early next year. For big-ticket expenses, send checks via registered or certified mail to prove they were mailed in 2015.

The tax code also allows you to prepay some expenses for next year, as long as the economic benefit from the prepayment doesn’t extend beyond the earlier of:

1. 12 months after the first date on which your business realizes the benefit, or

On the revenue side, the general rule is that cash-basis taxpayers don’t have to report revenue until the year they receive cash or checks in hand or through the mail. To take advantage of this rule, put off sending out some invoices for work completed in late December so that you won’t get paid until early next year. (Of course, you should never do this if it increases the risk of not collecting the money.)

Try the reverse of these strategies to raise this year’s taxable income and lower next year’s If you expect to pay a significantly higher tax rate on next year’s business income. For example, a cash-basis taxpayer who expects to be in a higher tax bracket in 2016 might ship before year end (and invoice) products scheduled for delivery in early January in the hope that customers will pay by December 31 and hold off on sending checks to vendors until after January 1.

These business tax planning strategies also can be used to create (or increase) a 2015 net operating loss (NOL). When a business’s expenses exceed its income, you can then choose to carry a 2015 NOL back for up to two years in order to recover taxes paid in earlier years, which may be a welcome boost to your cash flow. Or you can choose to carry the NOL forward for up to 20 years, if you think your business tax rates will go up and the NOL deduction could save you more taxes in the future.

Meet with Your Tax Advisor

These strategies only scratch the surface of proactive tax planning moves. Maine business owners who assess matters before year end have many more tax-planning strategies at their disposal than those who wait until after the start of the tax filing season. Contact Filler & Associates to discuss the best strategies or your business before year end.