NLRB Ruling is Growing Legal Hazard for Some Employers 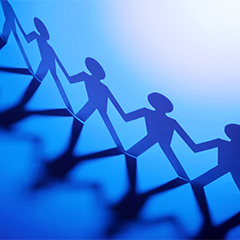 Recently there has been a rise in the use of staffing agencies, so the National Labor Relations Board (NLRB) has sought to redefine the relationship between the employees of such an agency and the agency’s client. To do that, the NLRB had to broaden the legal test that makes a worker a “joint employee” of both the agency and the client. Workers who are then deemed to be joint employees may be able to join a labor union, says the NLRB.

Labor unions generally aren’t interested in representing small groups of employees, but this change of definition gives them the right to negotiate directly with the company that contracted with the staffing agency. The reach of unions could greatly expand if the NLRB takes the same approach to franchising companies and their franchisees.

This case involved a recycling plant owned by Browning-Ferris Industries of California, Inc. and Leadpoint Business Services, a temporary staffing agency. In a 3-2 vote, the NLRB held that the Leadpoint employees were also joint employees of Browning Ferris. This vote reflected an effort by the NLRB’s majority to correct what it saw as a policy that had grown “increasingly out of step with changing economic circumstances, particularly the dramatic growth in contingent employment relationships.”

The limited standards it had applied for joint employee status “potentially undermines the core protections” of the Fair Labor Standards Act, the NLRB said. The determination of joint employee status is guided by whether workers satisfy the common law definitions of an employee relationship, and whether both the temp agency and its client “share or codetermine those matters governing the essential term and conditions of employment.” (NLRB case No.32-RC-109684)

The narrow joint employer test standards refer to matters relating to the employment relationship, such as hiring, firing, supervision and direction. In its new, more expansive test, the NLRB says it’ll also consider whether the temp agency’s client exercises control over workers, such as by:

Facts gathered in this case suggested that the actions and policies of Browning Ferris Industries did stray into some of those areas, resulting in the conclusion that it was a joint employer. Browning Ferris’s contract with Leadpoint, for example, gave it the right to reject any worker assigned to them and discontinue the use of any worker.

Another new standard seems to contradict the new test that says the exercise of control over an employment relationship is a factor in NLRB decision. Now, the NLRB says, they will “no longer require that a joint employer … exercise the authority to control employees’ terms and conditions of employment.” In other words, all it takes to be deemed a joint employer is merely to have the power to exercise that authority, even if that power is never used.

The Browning-Ferris case is about labor unions seeking to represent workers who are deemed to be joint employees. But in addition to redefining workers this way, the NLRB is taking aim at franchise employment situations. For example, in 2012 it began a campaign jointly targeting McDonald’s and McDonald’s franchisees, charging them with such violations as “discriminatory discipline, reductions in hours, discharges and other coercive conduct directed at employees” in response to employee efforts to form unions.

So far, the NLRB has filed 310 unfair labor practice charges around the country, about half of which have been closed, and 107 of the cases have been favorably received in the courts, by the NLRB’s count.

“Our investigation found that McDonald’s, USA, LLC, through its franchise relationship and its use of tools, resources and technology, engages in sufficient control over its franchisees’ operations, beyond protection of the brand, to make it a putative joint employer with its franchisees, sharing liability for violations of our Act,” the NLRB states on its website.

The NLRB has not found “joint employer” status for every food franchise it has examined. For example, it ruled that salad chain Freshli didn’t dictate enough to franchisees to earn joint employer status. In this case, the NLRB said that while Freshli gave franchisees an employee handbook, it didn’t require them to use it, nor did it require franchisees to use a particular point-of-service software package.

To avoid joint employer status and the liability it can bring, it is advisable to err on the side of a laissez-faire approach to how temp agencies and franchisees deal with their employees. It may take more litigation and perhaps the U.S. Supreme Court to weigh in before employers that use temp agencies and franchisees can have much certainty about whether they’ll be deemed as joint employers.