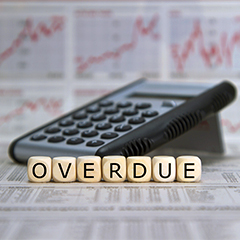 All Maine-based small businesses have their share of customers who take forever to pay, and even plain old bad apples who just won’t pay up.

Some companies, however, seem to be battling long and unproductive billing problems with their customers more often than not. Business owners want to avoid falling into this rut. If more than five or ten percent of accounts are falling into the dispute category, owners and managers should take corrective action to see that they get paid.

Once a business owner has the overall picture of which category their customers fall into, they should take the following steps to get better results from the latter category:

If small business owners resolve billing disputes promptly, they have a better chance of collecting past due accounts, and maintaining other accounts in good standing. To learn more about becoming better at resolving billing disputes, schedule an appointment with Filler & Associates.

« Financial Forecasts and Projections in Litigation
Non-Compete Agreements: What Can They Accomplish? »