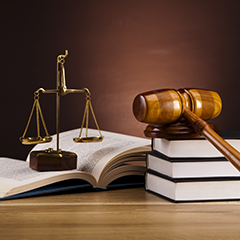 Valuation experts often build on someone else’s assumptions to make reliable calculations. But can an expert simply evaluate and validate information from others without testing the underlying assumptions or doing an independent analysis? A recent lost profits case illustrates.

The plaintiff, a manufacturer of marine hoist and industrial lift equipment, sued the defendant in federal court (E.D. Wis.) claiming it had breached the parties’ distribution agreement and misappropriated trade secrets and confidential and proprietary information. It retained an economist with significant academic research and teaching credentials as well as 30 years of experience as an independent expert on economic damages. His assignment was to opine on “potential lost profits and damage to goodwill” the plaintiff was “likely” to incur in the future. This meant assessing the “principles and methods of forecasting” the plaintiff’s CEO and CFO had used to calculate loss exposure and lost sales that ranged from $564,000 to $4.1 million.

The forecasts reflected a “reasonable, accurate and reliable methodology for assessing potential business damages,” the expert said. He added that the plaintiff “also faces a significant risk of loss of its business goodwill.” He did not question any of the assumptions the executives used and did not outline any valuation for the claimed goodwill damages. He also did not investigate whether the plaintiff sustained actual damages—even though the alleged wrongdoing occurred 18 months previously.

In its Daubert motion, the defendant claimed the expert was simply there to serve as the plaintiff’s “mouthpiece” and that his opinion lacked sufficient facts, data, and independent analysis. The court agreed, calling his testimony irrelevant and unreliable. The expert only spoke to “potential business damages,” the court stated with emphasis. Evidence that the plaintiff actually will suffer damages as a result of the alleged wrongful disclosure is relevant, but “evidence that it might suffer such a loss is not.” As to reliability, he “offered no basis within his knowledge or experience” to support the executives’ key assumptions, including a projected 26% loss exposure.

Finally, the court dismissed the plaintiff’s argument that the expert had a right to rely on the executives’ loss exposure calculations and sales projections because they themselves would testify as experts at trial (and, as such, submit to cross-examination). That was not the issue, the court said. Rather, the question was whether the expert could offer the executives’ projections as his own opinion. Based on the facts, the court said “no.”

This case illustrates the importance of hiring a qualified valuation expert. Contact Filler & Associates for more information on cases like these, as well as for valuation advice.