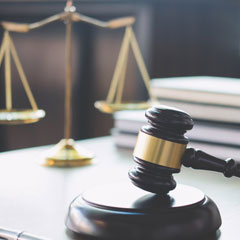 Last year, in a compelled buyout, the Court of Appeals sided with the departing minority shareholder when it found discounts did not apply in a closed-market sale. In a freshly minted decision, the Indiana Supreme Court reversed the Court of Appeals, finding there was no blanket rule disallowing discounts in a compelled buyback. This is especially true where the parties exercised a shareholder agreement whose terms suggested the use of fair market value.

The plaintiff was one of the founders of the company and held a minority interest in it. In 2018, he was terminated without cause. Earlier, all shareholders made an agreement that specified how the buyback price of a terminated shareholder’s interest would be determined. The company would buy the interest at “appraised market value,” as determined by an independent valuator and in accordance with generally accepted accounting principles. The independent valuator applied discounts for lack of control and marketability.

The Court of Appeals reversed, finding, under controlling case law, discounts were inappropriate because the transaction involved a compulsory sale. The company petitioned for transfer to the state Supreme Court.

The opening paragraphs in the Supreme Court opinion make the court’s preference for the company’s arguments clear. The court said, notwithstanding policy concerns that may preclude the use of discounts in certain circumstances, “we hold that the parties’ freedom to contract may permit these discounts, even for shares in a closed-market transaction” The court went on to say, that, “under the plain language of this shareholder agreement—which calls for the ‘appraised market value’ of the shares—the discounts apply.”

The court said prior case law dealing with a statutory buyout “doesn’t control” in a situation such as here, “where the valuation term comes not from a statute but from a contract that contemplates the shares’ ‘appraised market value,’ not their ‘fair value.’”

The agreement’s plain and unambiguous language shows the parties to it agreed to value their shares as if they were sold on the open market, the Supreme Court said. Further, even if “the valuation term was somehow ambiguous,” the court would still find that “fair market value” was the appropriate standard.