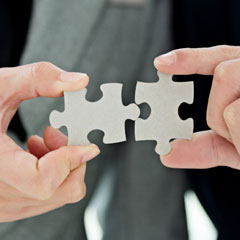 Instead of facilitating a resolution, a separation agreement between the divorcing spouses led to a protracted lawsuit. The issue was how to determine alimony where the owner spouse had an interest in a pass-through entity and the agreement was not entirely clear as to what income to consider. On second review, the appellate court found the trial court, based on expert testimony, had used a method that satisfied the terms of the agreement.

The husband owned a 40% interest in a company that was organized as an S corporation. The trial court’s May 2017 judgment of divorce incorporated a separation agreement the parties had executed. It said alimony and child support shall be based on “pre-tax income from employment” and this income “shall only include salary and cash bonus received by [the husband]” before certain deductions. The term “pretax income” expressly excluded distributions to the husband flowing from his ownership interest.

A different paragraph said the husband was to pay alimony as of June 1, 2007, based on pretax income, “which income the parties stipulate to be $192,000 per year.” Support amounts would be based on a joint appraisal that determined the fair market value of the husband’s ownership interest and found reasonable and appropriate compensation for the year ending Dec. 1, 2005, was $175,000. The parties agreed to add direct benefits amounting to $17,000 to the base amount. The provision noted that the pretax income specifically excluded any amount representing the return on investment the husband would receive as an equity holder in the business.

After income dropped as a result of the 2008 recession, the husband’s payments petered out and finally stopped. The husband asked the court for a modification of the agreement, and the wife unsuccessfully filed a motion for contempt, arguing the husband had failed to meet his support obligations.

The case first went on appeal after the trial court, trying to determine how far the husband was in arrears, calculated the income based on the husband’s W-2 income only. The appellate court remanded. It said the agreement required inclusion of direct benefits and the term “pretax income” potentially included amounts that could be K-1 distributions.

On remand, the trial court credited the methodology of the husband’s valuation expert to determine income for 2009, 2010, and 2011 for purposes of recalculating arrearage. According to the expert, when valuing a closely held company, income was divided between reasonable compensation and return on investment. He said this task was to “carr[y] forward” the method the initial appraiser had used. He said he used compensation surveys, including those from the Risk Management Association and BizMiner, for his reasonable compensation calculation.

The appellate court upheld the trial court’s recalculation of income.