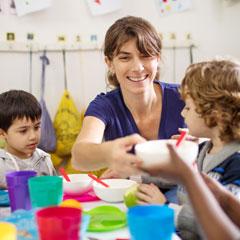 In re Happy Child World, Inc.

A low-profile appraisal case in front of the Delaware Court of Chancery raised important valuation questions, including how the court should determine the fair value of a nonoperating entity and how it should deal with the value of claims both parties brought on behalf of the company prior to the contested merger. One party’s BV expert was well-credentialed and credible, the court found, and it based its calculation on his methodology, combining the income and asset approach. The opposing expert proffered a valuation that was “not suited for the task at hand,” the court said.

This long-running litigation involved a daycare center that the petitioners, Medhat and Mariam Banoub, set up in 2002 at the urging of and with funding from an Egyptian businessman, Boraam Tanyous. Tanyous was the majority shareholder, and the Banoubs were minority shareholders. He provided most of the capital, and they ran the facility’s day-to-day operations, from 2002 until 2008.

Communications and recordkeeping problems existed early on. In 2007, Tanyous sued over inspection of the books. After this litigation closed in July 2008, Tanyous promptly replaced the Banoubs with his own family members. Each side asserted claims of wrongdoing against the other side, alleging damage to the company.

After the Banoubs’ departure, the center’s financial performance worsened, and it ran into compliance problems with the state regulatory agency. In August 2012, Tanyous unilaterally executed a merger of the company into another entity. The Banoubs’ shares in the company were cancelled, and Tanyous offered to buy them out for $8,500. They declined and petitioned for statutory appraisal. The squeeze-out merger gave rise to the court’s review under the heightened entire fairness standard.

Also, in mid-August 2012, the facility closed down operations. A month later, the state revoked its operating license. A few months earlier, Tanyous decided to lease out the facility’s real estate for a year and to decide whether to reopen the facility later.

Bring in a specialist

The court said the case was “complicated” in that it combined the petitioners’ statutory appraisal claim with an additional entire fairness claim. But it said, regardless of different “analytical rubrics,” ultimately the question asked was the same: Was the merger price was fair? Another consideration was that, under the applicable statute, the company must be valued as a going concern based on the operative reality at the time of the merger. Here, the center was not operational at the time of the merger and its future business model was uncertain.

Tanyous’ expert valued the company one month prior to the closing of the merger (the valuation date) under a capitalization of earnings approach and net asset value approach. Weighting the results equally, he achieved a fair value for the company’s equity of $85,400. He explained the use of the asset approach by noting the facility was not operating as a daycare center at the time of the merger. Its “only significant asset” was a parcel of real estate with improvements. The court agreed with this analysis and the weighting. It also noted, with approval, that the expert, recognizing he lacked expertise in real estate valuation, brought in a real estate appraisal expert.

The Banoubs’ expert said he “determined [total fair market value] on a going concern basis stated as the gross asset value of the Company’s Tangible and Intangible Assets.” The court noted the valuation was as of 2008, even though the merger date was August 2012. Also, the statute requires a fair value determination. According to the court, he “solved for the wrong problems.” It also found problematic that the expert decided to value the real estate himself, although he “admittedly lacks that expertise.” The expert valued the company’s assets at $790,600. “I have no confidence in these assessments,” Vice Chancellor Slights said.

Finally, the court noted a fair value determination had to account for the value of the parties’ premerger damages claims as none of the claims arose out of the merger. The claims were assets of the company on the merger date and, in a statutory appraisal, were a “relevant factor” the court would consider. Accordingly, before calculating fair value, the court adjudicated and valued the parties’ competing claims and incorporated their values into its calculation. In Step 2, the court adjusted the petitioners’ appraisal recovery to account for the liability they had to the company.