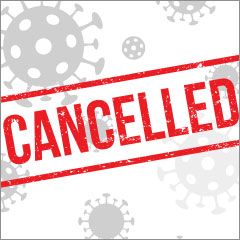 While the economy teeters during the ongoing COVID-19 crisis, courts are beginning to rule on lawsuits brought by businesses under various legal theories. In the instant case, the plaintiff suggested the defendant had breached the force majeure provision in two contracts. A force majeure (or Act of God) provision allows a party to abandon the contract under certain, specified circumstances because adherence to it has become impossible through no fault of the party. The plaintiff sought a full return of money paid to the defendant entity in preparation of a major event in Hawaii after various health authorities and the government of Hawaii cautioned against nonessential travel. The court, scrutinizing the plaintiff’s complaint and the force majeure provision, found the plaintiff failed to show a breach.

The plaintiff, NetOne, describes itself as an “elite network combining 39 ‘Best of the Best’ independently owned security companies.” NetOne provides members with a variety of services, including travel award programs, one of them being the Grand Champions Event (Event). The plaintiff planned to host an Event in late March 2020 in Hawaii

NetOne entered into contracts with the defendant company, Panache Destination Management (Panache). Under a “Services Contract” the parties entered into on Dec. 31, 2019, Panache would provide transportation, guided tours, and recreational activities to participants in the Event. The total estimated value of this contract was about $144,000. NetOne agreed to make a deposit of 90% of the estimated value of the contract. In early January 2020, Panache received NetOne’s deposit for about $129,000.

As the court notes, in December 2019, “an outbreak of severe acute respiratory syndrome was identified and subsequently named ‘Coronavirus’ and/or ‘COVID-19.’” In early March 2020, Hawaii’s governor declared a state of emergency in his state.

Six days after that declaration, the plaintiff and the defendant entered into another contract, the “Décor Contract.” Under this contract, Panache would provide entertainment, lighting, and décor for activities taking place during the Event. The total estimated value of this contract was about $152,000, The plaintiff made two deposits, one in January 2020 for about $30,500 and one in March 2020 for about $121,000.

Both contracts included the same force majeure provision. It said:

The pricing contained within this document and the performance of this agreement by either party is subject to acts of God, war, governmental regulation, disaster, or other casualty, strikes or threat of strikes (exception: neither party may terminate this agreement for strikes or labor disputes involving their own employees or agents)[,] acts and/or threats of terrorism, or curtailment of transportation services or similar cause beyond the control of either party making it illegal, impossible, or commercially impracticable to hold the meeting/convention/function or provide the facility. Either party may terminate or suspend its obligations under this agreement by written notice to the other party if such obligations are delayed or prevented by any of the above events to the extent such events are beyond the reasonable control of the party whose reasonable performance is prevented or frustrated.

On March 11, 2020, the World Health Organization declared COVID-19 a pandemic. A few days later, the U.S. president declared a national emergency in response to the coronavirus and the Centers for Disease Control (CDC) warned against large gatherings and nonessential travel. Hawaii’s governor declared a continuation of the state of emergency.

For its part, Panache had begun work on the event and incurred expenses related to it.

On April 7, 2020, NetOne sued Panache, alleging a right to relief under breach of contract and unjust enrichment. Two weeks later, NetOne filed a summary judgment motion as to the breach of contract claim. In its court filing, NetOne said the case involved a “straightforward contractual analysis,” the question being whether the plaintiff was entitled to a full refund of its deposits pursuant to its contracts with the defendant.

According to the court, in light of the “scant legal support Plaintiff provides for relief,” the straightforward answer was the plaintiff was not entitled to the relief it sought.

The court found the plaintiff’s pleading wanting. It noted the plaintiff never even explained the elements of a breach of contact claim. Had it done so, “perhaps the instant motion would have been unnecessary,” the court said.

Without a breach of the two contracts, the plaintiff “cannot, logically, be entitled to summary judgment with respect to its claim for breach of those contracts,” the court concluded. “Even if the Court assumed that Plaintiff properly utilized the force majeure provisions, however, that says little, if anything, about whether Defendant breached the parties’ contracts. At least, in the context of the force majeure provisions here,” the court added.

In a footnote, the court observed that, even if the plaintiff could show a breach by the defendant, the plaintiff might still not be entitled to a full refund. There was the issue of the expenses the defendant had incurred in connection with the event. The court was not inclined to assume the plaintiff, under the force majeure provision, could terminate the contracts “without liability,” while leaving the defendant to have liability for the expenses it already incurred.