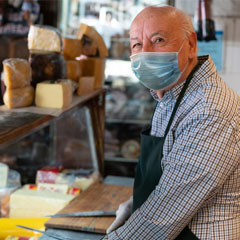 A Minnesota district court ended (at least for now) a minority owner’s long struggle to sell her interest in a well-known Minneapolis family business. The case featured prominent valuators and a judge well versed in valuation jurisprudence, and it adds another jurisdiction’s view on the use of the marketability discount in fair value proceedings. This is a major opinion in terms of appraisal jurisprudence.

The flashpoint was three Lund entities, including a chain of upscale grocery stores operating in the Twin Cities’ area under “Lunds & Byerlys,” a related management company, and a real estate holding company. Kim Lund, one of the founder’s four grandchildren, filed suit in 2014 against her brother Tres, the only family member directly involved in running the business, as well as the Lund companies. (All siblings own a 25% interest in the family fortune.) In October 2016, the court issued a buyout order. The latest stage was a trial to determine the fair value of the three companies.

Most of the value was in the grocery-related businesses. Both experts used income and market approaches for their calculations. The court said the discounted cash flow analysis was the only appropriate method. In what has become a familiar scene, the opinions produced a significant value gap even though the appraisers applied a similar analysis to the same data. According to the court, the experts’ disagreements as to almost every input and assumption made it “abundantly clear that their valuations are tailored to suit the party who is paying them.” Both opinions were compromised, the court decided, and performed its own DCF. The plaintiff expert’s analysis suffered from the expert’s focus on national trends and his ignoring the Lund entities’ unique challenges, including the local competition and opportunities. The result was an overly optimistic view of the companies’ future, the court said. The plaintiff’s expert determined the Lund companies were worth $321.6 million, which ultimately left $76 million for the plaintiff’s share.

The court criticized the defense expert for undervaluing the companies by factoring certain estate tax and pension fund liabilities into the cash flow projections, thereby “dramatically deflating available cash during the projection period.” The analysis also did not give due consideration to a hypothetical sale, and the expert understated the company’s ability to hold up against increasing competition, the court said. He arrived at a combined value of $91.3 million, which put the plaintiff’s interest at $21.3 million.

The defense expert also applied a 10% DLOM, ostensibly to prevent an unfair transfer of wealth to the plaintiff. Minnesota law allows a DLOM “in extraordinary circumstances.” The court rejected the claim, noting there was no evidence that the plaintiff would receive a price above what the market would pay for her interest. The court further pointed out that all along the plaintiff had been open to selling to an outside buyer and had tried to “engage in meaningful dialogue about an exit strategy.” She should not be penalized for her siblings’ unwillingness to do so.

The fair value of all three Lund entities was $191.5 million, and the plaintiff’s share was worth $45.2 million, the court found. In concluding, it mentioned the costs of this long dispute to the parties but said it would “not attempt to divine or explain the complex family dynamics at play here.”

Considering past history, a challenge to the decision seems very likely.