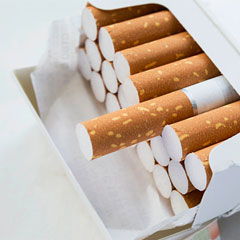 The importance of Delaware appraisal jurisprudence beyond state borders was on display in a recent fair value decision out of North Carolina related to a merger involving the tobacco giant Reynolds. After an exhaustive analysis of the facts and Delaware legal principles, the North Carolina court found the deal price represented the upper limit of fair value.

Former shareholders of Reynolds American Inc. (RAI) challenged a July 2017 transaction in which RAI merged with the wholly-owned subsidiary of a major stakeholder, British American Tobacco (BAT). Before the merger, RAI was a public company whose stock traded on the New York Stock Exchange. The court found the merger was an “interested transaction,” since BAT, owing to a previous merger, owned 42% of RAI and had the right to appoint five out of 14 of RAI’s directors. Therefore, the dissenters were entitled to a fair value determination by the court. At the same time, the court found BAT was not a controlling shareholder, which meant RAI was sufficiently independent from BAT to make its own decisions regarding the merger and was able to ensure fairness to other shareholders.

Even before BAT made an offer for the remainder of RAI’s shares, RAI’s management met with three investment banks to discuss its relationship with BAT and a potential deal with BAT. At trial, the court rejected the dissenters’ suggestion that these meetings were problematic. The court considered them “responsible efforts to understand the contours of a potential offer from BAT in order to better understand the negotiating dynamics that might accompany a potential transaction with BAT.” After BAT’s initial offer for $56.50 per share, the RAI board set up a transaction committee to evaluate the bid. RAI’s board came to reject several bids, leading BAT to raise its price four times. The final offer was for $59.64 per share. The merger was announced in January 2017 and closed in mid-July 2017. There were no third-party bidders.

The court noted there was little relevant North Carolina case law, but Delaware decisions provided “helpful guidance in interpreting the North Carolina appraisal statute and deciding the fair value of RAI shares in this action.” The court, citing Dell v. Magnetar, said “the price produced by an efficient market is generally a more reliable assessment of fair value than the view of a single analyst, especially an expert witness who caters her valuation to the litigation imperatives of a well-heeled client.” Delaware courts, in appropriate cases, “afford substantial, if not exclusive, weight to deal price in the fair value analysis,” the court noted. It also observed the Delaware courts have recognized “objective indicia of fairness” in the sale process that show the deal price reflects a company’s fair value. Here, there were numerous objective indicia of a robust deal process, the court found.

At trial, the company advocated in favor of use of the deal price as fair value. It offered testimony from a valuation expert whose own analyses were to “test the validity and reasonableness” of the financial advisors’ various value determinations underlying the transaction. The court found the expert credible. In contrast, the dissenters’ position was that their principal expert’s DCF analysis best reflected fair value. The DCF value was $92.17 per share. The court dismissed this proposition, calling the valuation “an extreme outlier” and noting it “implies a $50 billion mispricing … which if accepted would appear to be the largest mispricing ever identified in an appraisal case in North Carolina, Delaware, or elsewhere, by far.”

Fair value was no greater than the deal price, which likely included synergy, the court concluded. (A synergy estimate from BAT was $400 million, but there was no synergy analysis from the court.)

« Is Your Company in Compliance with Federal Anti-Discrimination Laws?
What Divorcing Homeowners Need to Know »