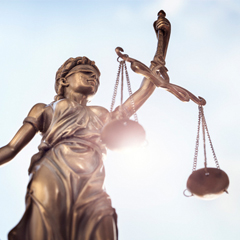 Filing a business interruption claim has become one of the first remedies businesses suffering from the economic consequences of COVID-19 look to in an attempt to mitigate the damage to their operations. But the process is hardly trouble free, as this pre-COVID-19 case illustrates. Insurers often deny claims, and the case winds up in court, often going to appeal, as happened here. The instant case is helpful in explaining the applicable legal principles underlying the theory of business interruption and making it clear that the success of a claim depends entirely on the individual policy. The issue in litigation often becomes how to interpret the policy. Here, the business owner was able to show a loss of income pursuant to the terms of the policy, the court found.

The plaintiff made precast concrete products for the construction industry. Sales were based on custom orders for specific products, not from inventory. Once orders came in, the plaintiff manufactured them based on a tight production schedule subject to contractual deadlines and limited capacity.

The plaintiff had a policy with the defendant insurance company for equipment breakdown. In June 2015, one of the plaintiff’s concrete mixers broke down and caused an interruption in production until the mixer was repaired and was able to resume operation two days later.

The policy also provided that the insurer would “consider the experience of your business before the ‘Breakdown’ and the probable experience you would have had without the ‘Breakdown’ in determining the amount of our payment.” According to the policy, “business income” meant “Net income (Net Profit or Loss before income taxes) that would have been earned or incurred” and normal operating expenses.

The plaintiff provided the insurer with evidence of the lost production and an explanation of how it calculated lost profits.

The insurer denied the claim, arguing the plaintiff failed to show specific lost sales resulting from the breakdown during the short period following the breakdown.

The plaintiff sued in the New York Supreme Court (trial court) for breach of contract. Both parties then filed summary judgment motions. The court granted the plaintiff’s motion, finding the plaintiff established actual loss of business within the meaning of the policy.

‘Reasonable expectation of the parties’

The insurance company appealed the ruling to the New York Supreme Court’s appellate division, reviving its argument about the need to show specific sales lost as a consequence of the concrete mixer’s breakdown.

The court’s appellate division disagreed with this interpretation of the policy at issue. Under case law, “[a]n insurance policy must be interpreted to give clear and unambiguous provisions their plain and ordinary meaning.” The appellate division found the policy expressly included profits and losses in its broad definition of business income. However, said the court, neither term (“profits” or “losses”) referred to specific sales or showed an intent to limit coverage under the policy in the way the insurance company argued. The court added that the policy also did not refer to specific sales in setting out the methodology for determining the amount of the insurance holder’s lost business income.

The court noted that, in calculating lost profits, the plaintiff followed the methodology the policy prescribed, i.e., demonstrating production before, during, and after the equipment breakdown and applying its profit margin during the relevant period to the lost production.

In addition, the court noted that, under New York law, the touchstone in interpreting a business interruption policy is the “reasonable expectation of the parties.” The court found the policy “cannot reasonably be interpreted as the defendant argues.”

To impose a requirement that an insured cannot recover for lost business income under defendant’s policy unless it can demonstrate that an equipment breakdown caused a loss of specific sales during the relatively brief restoration period immediately after the breakdown would, in effect, prevent recovery under the policy by an insured whose business—like plaintiff’s—consists of fulfilling contracts after they have been made, rather than upon sales following production.

Moreover, the court dismissed the defendant’s argument that the plaintiff suffered no loss of profits because it was able to reschedule any lost production in the next few working days. The court noted the plaintiff showed that rescheduling work meant displacing work the plaintiff would otherwise have performed on those days and having to fit that work into a schedule that was tight due to contractual deadlines, limited capacity, and the short duration of the summer season.

However, the court found the trial court erred in granting summary judgment to the plaintiff on the issue of the amount of damages. Whether the plaintiff mitigated its losses as required in the policy was an issue for trial, the court found. It added that mitigation requirements in business interruption policies also were controlled by and enforceable under the terms of the individual policy.

« The IRS Is Making Small Tax Refund Interest Payments to Some People
Is Your Company in Compliance with Federal Anti-Discrimination Laws? »