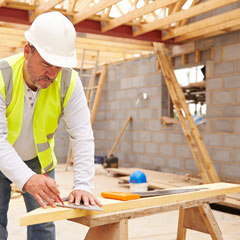 In a bitter fight between siblings over the buyout of the minority shareholder’s interest in a successful construction business, the trial court found the asset-based valuation the majority shareholder’s expert proposed was fatally flawed for at least two reasons.

The dispute involved Linde Corp. (LindeCo), one of several construction companies the Linde family has owned and operated in Pennsylvania for decades. Scott Linde and his sister, Barbara, formed LindeCo in 2006. He held 75% of the issued shares and she the remaining 25%. There was no shareholder agreement. By 2007, the relationship was breaking down. Scott proposed a shareholder agreement that, among other things, contemplated a buyout of Barbara’s stake at book value. She rejected the offer, finding book value significantly undervalued the company. In fall 2012, the company terminated Barbara’s employment. In 2013, she sued Scott and six key company employees, who served as directors, alleging together they engaged in oppressive conduct that aimed to squeeze her out of the company. She was removed from the board of directors, which limited her access to the company’s financial information. The termination of her employment meant the loss of her salary and benefits. She said the actions furthered Scott’s desire to economically destroy her and get her “out of his life.”

The trial court did not grant Barbara’s motion to appoint a custodian. However, the case effectively went to trial based on the record developed during the hearing on the motion. The trial court found Scott had breached his fiduciary duty to Barbara and the key employees had “aided and abetted” in the breach.

As a remedy, the court ordered Scott to buy out Barbara’s interest at fair value. The parties offered expert testimony. According to the court, “a critical element of the trial court’s determination in the present matter [is] the credibility of the expert witnesses.” Determining which of the valuation approaches the experts provided was correct “becomes a dispositive issue of credibility.” The court concluded only Barbara’s expert offered a credible valuation based on sound methodology, using the income and market approaches.

The defense expert relied on an earlier third-party appraisal of machinery and equipment to value LindeCo’s “property and some fixed assets.” One major problem, the court said, was that the expert was not made aware of the narrative included with the earlier appraisal, which expressly stated the appraisal could not be used by anyone else without the written consent of the appraiser and that it was for internal company review only. In fact, the court pointed out, the appraisal cautioned that any other use of it could result in “misleading and inaccurate conclusions.” Moreover, the expert admitted he did not perform machinery and equipment valuations and yet, the court noted, he did so in this case to “fill in the gaps” in the underlying appraisal. The source of the expert’s valuation was unreliable as were the expert’s additional valuations, the court found.

“An asset approach is simply an improper method of valuation in the present case,” the court said. This method is mostly used for holding companies, startups, or troubled companies, or “small businesses not easy to get into or out of,” none of which was the situation here, the court found. The appellate court upheld the findings, noting the trial court’s credibility determination was based on careful and methodical analysis of the evidence.