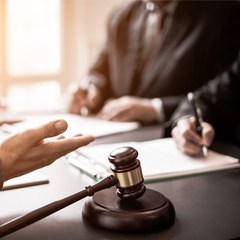 In re Appraisal of Jarden Corp.

The Delaware Court of Chancery’s recent decision to use the unaffected market price as fair value prompted the petitioners to file a motion for reargument. In its original opinion, the court, as part of its comprehensive analysis, reviewed the opposing experts’ discounted cash flow calculations and, finding neither entirely convincing, created its own DCF model. The court said the DCF value corroborated its decision to rely on the market price. The petitioners subsequently argued the court’s DCF included multiple errors and the corrected DCF model did not substantiate the fair value determination. While the court conceded errors, it found the corrected analysis still supported its earlier holding.

This dissenting shareholder action arose out of the acquisition of Jarden Corp. (Jarden) by Newell Rubbermaid Inc. (Newell) for cash and stock yielding a merger price of $59.21 per share. Both companies were major consumer products companies. The sale process started in 2015, and the merger closed in April 2016.

The driving force behind the sale was Jarden’s CEO, who, when learning of Newell’s interest in a possible transaction, began negotiations without notifying Jarden’s board of directors. Without the board’s authorization, Jarden’s CEO proposed a financial framework that guided the sale process. Focusing singularly on a deal with Newell, the CEO also negotiated for himself change-in-control payments without prior approval from Jarden’s board. Once the board was in the know, it did not discuss the possibility of a market check and did not reach out to potential strategic partners or financial sponsors.

Before the companies announced the merger, on Dec. 14, 2015, The Wall Street Journal reported on the parties’ discussions about a deal. In response, the trading price of both Jarden and Newell went up. The unaffected market price, on Dec. 4, 2015, was $48.31 per share.

Dissenting shareholders petitioned the Delaware Court of Chancery for a fair-value determination under the state’s appraisal statute (8 Del. C. § 262). The petitioners’ expert, using a market multiples analysis and a discounted cash flow (DCF) analysis, arrived at a value of $71.35 per share. Jarden’s (respondent’s) expert analyzed market evidence (unaffected market price, deal price minus synergies) and prepared valuations based on the comparable companies’ method and DCF method. He arrived at a fair value determination of $48.01 per share.

At trial, Jarden also offered expert testimony that said the synergy estimate was conservative and the value was taken by Jarden’s stockholders. Moreover, the expert said the decision by Jarden’s board not to hold an auction was reasonable.

In adjudicating the case, Vice Chancellor Slights noted that the statute required the court to give fair consideration to “proof of value by any techniques or methods which are generally considered acceptable in the financial community and otherwise admissible in court.” He said that the parties argued in favor of “nearly every possible indicator of fair value imaginable.”

The court found the deal-price-minus-synergies metric was not reliable here because the sale process (“if one can call it that”) was problematic in light of the conduct of Jarden’s CEO and the failure to provide for a post-signing market check.

Regarding the value of synergies, the court noted there was no real expert analysis of the synergies that were realized because the experts assumed the $500 million estimate was accurate. Further, expert analysis as to whether Jarden’s stockholders received the value of the anticipated synergies “raised more questions than it answered.”

The court found Jarden’s argument in favor of using the unaffected stock trading price as fair value was persuasive. The court credited evidence Jarden’s expert presented to prove the stock traded in a semi strong efficient market. This evidence included an event study that showed how the company’s stock in the two years before the merger had responded “quickly and appropriately” to earnings and other performance-related announcements. The court also found that certain internal valuations Jarden had done in other contexts showed at a minimum that the company and the market saw Jarden’s value “well below what Petitioners seek here.”

The petitioners then filed a motion for reargument in which they claimed the court’s DCF model included structural and mathematical errors. The revised model produced a range of values that was significantly higher than the court’s original DCF result and therefore did not corroborate the court’s fair value determination, the petitioners contended.

The court conceded it had made errors that required correction. But it disagreed that the corrected DCF yielded a value of between $61.59 and $64.01 per share, as the petitioners claimed. The court did not change its earlier ruling.

In a footnote, Vice Chancellor Slights suggested it was a mistake to conduct his own DCF after finding “the evidence did not support certain aspects of both of the competing experts’ DCF valuations.” Noting the experts’ inability to agree on certain inputs, the vice chancellor said he was “more convinced than ever … that the DCF is not reliable here, particularly given the presence of a reliable ‘market-based metric.’” (quoting In re Stillwater Mining Co., 2019 Del. Ch. LEXIS 3020 (Aug. 21, 2019)) (available at BVLaw).

Vice Chancellor Slights also said he should have left it “at that” rather than “parse through the inputs and hazard semi-informed guesses about which expert’s view was closer to the truth” (quoting Stillwater). However, having performed his own DCF, the vice chancellor said he would “see that process through to the bitter end by engaging in the revised DCF presented here.”

The court agreed with the petitioners that it was necessary in the calculation of free cash flows to add back depreciation and subtract Jarden’s year-over-year increase in net working capital.

The court admitted that, in calculating WACC, it had adjusted for tax twice by making tax adjustments to the after-tax cost of debt. It agreed that omitting the second tax adjustment was necessary.

The court’s original opinion had noted that the parties’ experts disagreed over the TIR and the disagreement accounted for 87% of the gap in their DCF valuations. The court arrived at a 27.75% TIR by averaging the respondent expert’s 33.9% terminal investment rate (from the McKinsey formula for TIR) and the company’s 21.6% historical five-year average.

In correcting the terminal value, the court said it agreed with the respondent that maintaining 27.75% as TIR did not make sense. The original opinion had stated that “the return on new invested capital should equal the company’s WACC.” However, given the court’s corrected WACC (7.29%), the court’s initial TIR “improperly departs from this principle.” The court opted for a “straightforward application of the McKinsey formula” to calculate TIR.

The court originally treated year 2016 as a full year, including all of that year’s unlevered free cash flows in its calculation. The petitioners pointed out that the merger closed in April 2016, requiring an adjustment to reflect the partial year. The court adopted the methodology the petitioners’ expert used, multiplying the full-year 2016 forecasted unlevered free cash flows by the portion of the year that remained after the merger.

Correcting for the errors the petitioners had identified and revising the TIR based on the McKinsey formula, the court arrived at a corrected DCF value of $48.23 per share, in contrast to the $48.13-per-share price in the original opinion.

No change in outcome

The court concluded the value resulting from the corrected DCF still corroborated the court’s original fair value determination based on the unaffected market price ($48.31 per share).