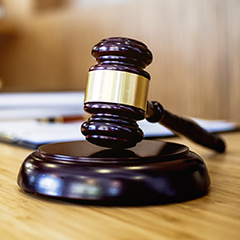 The private plaintiff alleged a number of violations by the ESOP trustee and other defendants. The plaintiff maintained the trustee participated in a prohibited transaction and breached its fiduciary duties. By the plaintiff’s calculation, the ESOP overpaid for company stock. The district court dismissed the suit and, in so doing, noted that the plaintiff “fundamentally misunderstands” the transaction and the related company valuations.

Buying shares at a discount

In late 2016, Choate Construction Co. (Choate) created an ESOP. The company hired an independent trustee as well as an independent, experienced ESOP appraisal firm, which prepared a valuation for purposes of the ESOP creation and which performed subsequent annual valuations. The trustee’s responsibility was to ensure the plan did not pay more than fair market value for company stock. The trustee had a duty to oversee the appraiser’s valuations.

The ESOP paid $198 million for 8 million shares, representing 80% of the company. The company, around this time, redeemed 2 million shares held by the selling shareholders for nonvoting stock and warrants. To finance the $198 million transaction, the company made a loan of $57 million to the ESOP and the ESOP issued notes to the selling shareholders for the remainder of the acquisition cost at a 4% annual rate. The 2016 year-end annual appraisal, which came about a month after the ESOP’s formation, valued the shares at $64.8 million.

The plaintiff was a former employee of Choate, who worked for the company from April 2007 to April 2017. The plaintiff said she was “fully vested” in the ESOP. She contended the transaction was not in the best interests of the company’s employees in light of the $64.8 million valuation. The plaintiff filed suit on her own behalf and on behalf of “similarly situated current and former Choate employees.”

The gist of the plaintiff’s claims was that the trustee engaged in a prohibited, party-in-interest transaction and breached its fiduciary duties to the plan. According to the plaintiff, the $64.8 million valuation showed the trustee caused the plan to overpay for company stock.

The principal issue was whether the court had jurisdiction over this suit. Put differently, the plaintiff had to show she had “standing” by showing she suffered an “injury in fact” that was “fairly traceable to the challenged conduct of the defendant” and that a favorable court decision would likely remedy.

According to the court, the plaintiff did not understand the contested transaction and the subsequent valuation. The court noted that, in looking at the valuations, the plaintiff apparently divided the $198 million purchase price by 8 million shares to arrive at a per-share value of $24.75. Considering the year-end appraisal that valued the company at $64.8 million, the plaintiff concluded the stock had dropped to $8.10 per share in about a month. The plaintiff then decided the initial acquisition could not have been at fair market value.

Here, the court said, the ESOP actually obtained the 8 million shares at a discount in that it took on $198 million in debt to obtain the stock and a valuation shortly after the transaction showed a value of $64.8 million for the stock. The shares appreciated in value by about 33%, in less than a month, the court explained. The ESOP “realized an immediate equitable benefit,” the court said. It added that the benefit had since increased even more because a year-end 2017 valuation put the value of the stock at $107.2 million.

The court concluded that the contested transaction did not injure the plaintiff. Rather, it benefited her. According to the court, the plaintiff’s own complaint contradicted the plaintiff’s allegation. The plaintiff did not meet the standing requirement. Consequently, the court dismissed the complaint.