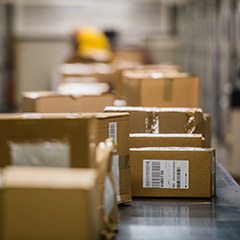 The 9th Circuit recently affirmed the U.S. Tax Court’s 2017 decision in favor of Amazon in this key transfer pricing case, finding the governing regulations limited the definition of “intangible” to independently transferable assets. This interpretation supported the Tax Court’s favoring the comparable uncontrolled transaction (CUT) method over the discounted cash flow (DCF) analysis to value groups of intangible assets Amazon had transferred to its European subsidiary.

Residual business assets excluded: Around 2004, Amazon undertook restructuring efforts to reduce its tax liability. It set up a European subsidiary (ES) as a holding company to ensure the bulk of Amazon’s European business would be taxed at a low rate. In 2005 and 2006, Amazon transferred to ES three groups of intangible assets: (1) website-related technology; (2) marketing intangibles, including trademarks, trade names, and domain names relating to the European business; and (3) customer lists and related information. Under a cost-sharing agreement, ES made a buy-in payment to compensate Amazon for existing transferred intangibles. The agreement also provided for annual cost-sharing payments related to later technological innovations to the extent ES benefited from them.

The buy-in payment was taxable income to Amazon, and the cost-sharing payments reduced the deductions Amazon could claim for research and development costs. Section 482 of the Internal Revenue Code applies to transactions between entities that are owned or controlled by the same interests. The implementing Treasury regulations require that parties to a controlled transaction state the “true taxable income” by ascertaining the income a controlled taxpayer would have earned if it had dealt with unrelated parties at arm’s length. The fair market value standard applies.

Amazon claimed the buy-in amount was $254.5 million, to be paid over seven years. The IRS maintained Amazon undervalued the intangibles; the buy-in amount was about $3.6 billion. Amazon won in the Tax Court, which adopted Amazon’s CUT methodology and found the company’s narrative related to royalty calculations was more persuasive. The court noted the IRS’ DCF analysis improperly included all contributions of value, including value derived from the business itself, i.e., workforce in place, going-concern value, goodwill, and other business attributes. These residual business assets were not separate from the business and were not “intangibles” under the cost-sharing regulations, the Tax Court concluded.

On appeal, the IRS argued the residual business assets satisfied the regulation’s definition of “intangible.” Amazon said the IRS’ interpretation of the regulatory language was too broad. The then controlling regulations defined “intangible” as an item that can be bought and sold independently of the business.

The 9th Circuit, using the “traditional tools” of statutory and regulatory construction (examining the text of the regulations, the regulatory scheme “as a whole,” and the rule-making history) found they favored Amazon’s interpretation “that intangibles were limited to independently transferable assets.”

But the Court of Appeals cautioned that the then governing regulations currently were outdated. And, said the court, “nothing in our decision should be construed as an outright rejection of any particular valuation methodology.”

« What Employers Should Know about HSAs
FAQs about Home Office Deductions »