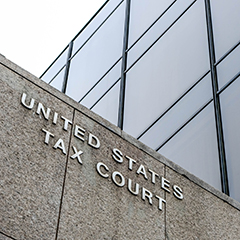 The 11th Circuit Court of Appeals upheld a 2013 Tax Court ruling involving a revocable trust’s interest in a limited partnership. The valuation turned on the marketability discount. The 11th Circuit opinion shows the Tax Court’s decision regarding expert testimony was less focused on valuation methodology than on key assumptions underlying the experts’ analyses.

DLOM divide: In connection with a major asset sale in late 2004, the decedent formed a limited liability company (LLC) and made a will in which he left the residue of his estate to a revocable trust. At the time of death, the trust owned a 50.5% total interest in the LLC. The decedent’s children, who were shareholders in the company, conditioned the deal on the LLC’s’ redemption of their shares. They all accepted the LLC’s redemption offers before the decedent died, but the offers closed after his death.

The case went to the Tax Court over the Internal Revenue Service’s claim the estate and trust had underpaid taxes. The crux of determining the FMV of the trust’s interest in the LLC at the time of death was the size of the DLOM. The estate’s expert used a regression analysis involving 88 companies that produced an initial DLOM of 26.6%. Based on differences the expert perceived between the LLC and the 88 companies, he adjusted the rate upwards and arrived at a 31.7% DLOM.

The IRS’s expert rejected the regression analysis and instead considered the characteristics of the LLC to conclude a 7.5% DLOM was appropriate. Above all, he assumed the risk the redemptions would not go through was small. Owning a majority interest, the revocable trust would be able to force the LLC to distribute most of its assets once the redemptions closed. The Tax Court agreed with this key assumption. It concluded a hypothetical seller would expect to be able to force a distribution of most of the LLC’s assets. The majority interest holder would receive about $140 million in a distribution. Since the estate’s expert valued the interest at $110 million, the court found the IRS expert’s $148.5 million valuation was more credible.

Fundamental issue: In their appeal, the petitioners argued the Tax Court improperly had disregarded the estate expert’s regression analysis, “a proven and scientifically valid method for determining marketability,” and ignored other flaws in the IRS valuation.

“While the Tax Court discussed the specific details involved in each of the experts’ methodology, its decision mainly turned on a larger issue,” the 11th Circuit noted—whether a hypothetical seller would anticipate being able to force a distribution of the assets. The IRS’s expert held this view, as did the Tax Court. The estate’s expert did not. This assumption, the Court of Appeals said, is the “fundamental reason” why the Tax Court adopted the IRS expert’s valuation. The estate failed to show that the Tax Court was wrong regarding this issue.

The 11th Circuit also upheld the Tax Court’s determination that interest payments related to a loan to cover tax liability were not a necessary administrative expense.

« Tax Reform: Which Changes Are Temporary vs. Permanent?
Create an Accountable Plan to Reimburse Employees for Business Expenses »