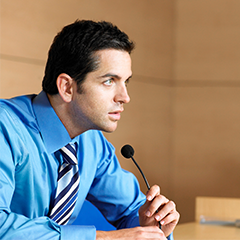 In 2013, Florida’s legislature rejected the long-standing Frye standard on the admissibility of expert witness testimony and adopted the Daubert standard and Federal Rule of Evidence 702 with two amendments to the state’s Evidence Code. Subsequently, The Florida Bar’s Code and Rules of Evidence Committee challenged the legislative changes with the state Supreme Court. Arguing against the adoption of Daubert, the committee, and many commenters aligned with its position, raised “grave constitutional concerns.” They cited a risk that the federal standard would undermine the right to a jury trial and deny access to the courts.

A majority of the state Supreme Court judges last week sided with the committee by declining to adopt the Daubert amendment “to the extent that it is procedural,” based on the constitutional concerns raised.

A dissenting judge dismissed the “grave constitutional concerns” argument, noting the U.S. Supreme Court had decided Daubert in 1993, and the federal courts have routinely applied the standard “ever since.” Moreover, “[t]he clear majority of state jurisdictions also adhere to the Daubert standard.” The dissent asked and answered: “Has the entire federal court system for the last 23 years as well as 36 states denied parties’ rights to a jury trial and access to courts? Do only Florida and a few other states have a constitutionally sound standard for the admissibility of expert testimony? Of course not.”

« Important Changes for Individuals in the New Tax Law
To Franchise or Not to Franchise? »