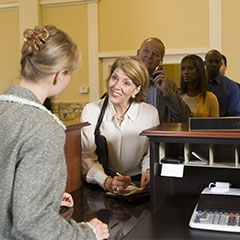 In a statutory appraisal action, the Delaware Court of Chancery rejected the deal price as evidence of fair value, citing a suboptimal sales process. Only an income-based approach that the experts for both parties used represented a reliable methodology, the court found. The court provides a useful discussion of synergy and critique of the experts’ input choices.

The dispute arose out of the 2014 merger of two small community banks that the same family, the Snyders, controlled. The banks, Farmers & Merchants Bancorp of Western Pennsylvania (F&M) and NexTier, underwent a stock-for-stock transaction based on an exchange rate that implied a valuation of $83 per share for F&M and a valuation of $180 per share valuation for NexTier.

At trial, the minority shareholders (petitioners) and the bank (respondent) offered expert testimony from experienced valuators.

The bank also claimed the merger price was “a strong indication of the value of F&M.” The court disagreed. Typically, it is appropriate to rely on the deal price if there was a “robust” sales process, the court observed. This was not the case here. F&M pursued the merger at the request of the controller, which “stood on both sides of the transaction.” There was no auction—no one reached out to potential third-party buyers. And, even though F&M’s board installed a special committee, “the record does not inspire confidence” that an arm’s-length transaction took place. The court gave no weight to the merger price.

The expert valuations had flaws as well, the court found. It ultimately performed its own income-based analysis by drawing on the experts’ opinions.

The petitioners’ expert based his value conclusion—$137.97 per share (i.e., 66% above the deal price!)—on a comparable transactions analysis. He performed a discounted future benefits analysis as a cross-check; this calculation produced a value of $139.45 per share, taking into account certain adjustments.

The comparable analysis was unacceptable, the court found, because it failed to account for any synergistic value captured in the eight comparable transactions. “Fair value,” in the context of statutory appraisal, means “the value to a stockholder of the firm as a going concern, as opposed to the firm’s value in the context of an acquisition or other transaction.” Instead, the petitioners’ expert assumed “bankers who buy other banks don’t pay for synergies.” The court observed that public statements related to the comparable transactions (press releases, proxy statements, database reports) expressly mentioned potential synergies.

The respondent’s expert based his value conclusion—$76.45 per share—on three methods whose results he weighted equally. The court rejected his M&A analysis because “too much doubt exists over the appropriateness of the comparables.” It also found his guideline public-company valuation was problematic because the selected companies had low trading volumes.

The court decided that since both parties agreed fair value could be calculated based on a discounted net income analysis, this was the appropriate methodology. In assessing the four key inputs—projected net income, discount rate, growth rate, and adjustments (excess capital)—the court said it relied on the Duff & Phelps 2014 Valuation Handbook – Guide to Cost of Capital and Duff & Phelps 2014 Valuation Handbook – Industry Cost of Capital (Duff & Phelps Handbook) “to maintain consistency in the analysis.”

The experts agreed on the risk-free rate (2.87%) and the size premium (3.87%), which, the court noted, came “directly” from the Duff & Phelps Handbook “and is ostensibly reasonable.” Accordingly, the court adopted those inputs. The experts sharply disagreed over the remaining inputs. The court, looking for an expert opinion that was consistent with the principles of the Duff & Phelps Handbook, Chancery case law, and the record of the case, found the respondent expert’s analysis more persuasive.

All told, the court adopted all of the respondent expert’s inputs, except for beta, and arrived at a fair value of $91.90 per share for F&M.

« Are You Ready for the New IRS Partnership Audit Rules?
How to Maximize Tax Breaks for Work-Related Education Costs »