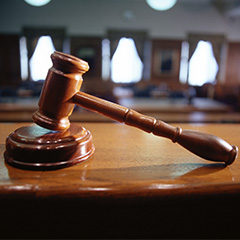 In 2014, taxpayers who had relied on estate planning professionals to affect the transfer of their family business to their sons confronted a tax liability on a $29.6 million gift. A decision from the appeals court, however, offers them a glimmer of hope. The latest ruling says the taxpayers have a right to rebut the Internal Revenue Service’s expert valuation and, if successful, obtain a fresh assessment from the Tax Court.

The parents owned Knight Tool Co. (Knight), a business that developed an automated liquid-dispensing machine—CAM/ALOT. In 1987, the parents’ three sons formed a separate company, Camelot, to refine and market the technology.

In 1994, the taxpayers hired experienced accountants and lawyers for estate planning advice. The professionals had to decide which entity owned the value of the CAM/ALOT technology and come up with a strategy of how to pass the value on to the sons in a way that minimized estate tax liability. The lawyers created a narrative in which the value transfer started with the incorporation of Camelot even though there was no record to back the story up. A lead lawyer told everyone not to be “discouraged by having to squeeze a few embarrassing facts into the suitcase by force.”

The professionals shaped a merger based on the premise that no gift tax was due because, in 1995, on the merger date, Camelot already owned the CAM/ALOT technology.

After the IRS became alert to a possible gift tax liability related to the merger, it sued and discovered documents that proved harmful to the taxpayers’ case, including the lawyer’s statement. In its deficiency notice, the IRS claimed the merger resulted in a roughly $23 million gift from each parent to the sons. The taxpayers petitioned the Tax Court for a redetermination.

At trial, the IRS reduced the gift to $29.6 million based on expert testimony the Service had obtained for trial. The expert assumed Knight owned the technology and found the merged entity was worth $64.5 million. Knight, he decided, owned 65% of that value—$41.9 million—and Camelot owned 35% of it—$22.6 million. The IRS initially had assigned zero value to Camelot.

The taxpayers offered two expert appraisals. Both of which were predicated on the understanding that Camelot owned the technology at the time of merger. Both experts used a market approach, and neither appraiser prepared an alternative valuation assuming Knight owned the technology and manufactured the machines.

In front of the Tax Court, the taxpayers claimed the IRS’s expert valuation was fatally flawed because the expert proceeded from the wrong assumption and his income-based analysis had serious methodological flaws.

The court concluded that Knight owned the value of the technology on the merger date and that the taxpayers had “the burden of proof to show the proper amount of their tax liability.” Since the valuations they offered both were based on an incorrect assumption, they were unable to meet their burden of proof. Therefore, “it is all but immaterial that the Commissioner’s expert reached this $29.6 million gift number by an arguably flawed analysis,” the Tax Court said. It adopted the IRS’s figures.

The taxpayers appealed the decision with the U.S. Court of Appeals for the 1st Circuit. The reviewing court found there was legal and factual support for most of the Tax Court’s findings.

However, the 1st Circuit sided with the taxpayers on their claim that the Tax Court erred in refusing to consider their critique of the IRS expert’s valuation report. According to the 1st Circuit, the taxpayers merely had to show the IRS’s determination was “arbitrary and excessive,” which they tried to do by casting doubt on the IRS’s expert valuation.

The taxpayers had a right to the Tax Court’s assessment of their valuation challenges, the 1st Circuit said. It remanded. Should the Tax Court decide the IRS’s liability determination indeed was arbitrary; the court was obligated to determine the proper amount. The Court of Appeals also authorized the Tax Court to consider a new expert valuation. Stay tuned.

« U.S. Treasury to Retire the myRA Program
Help from the IRS for Hurricane Harvey Victims »