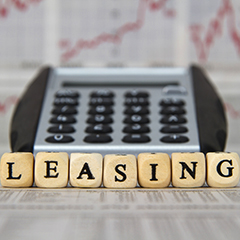 When faced with the choice of leasing certain assets instead of buying them outright, many companies are choosing to lease. These arrangements are especially common among construction contractors, manufacturers, retailers, health care providers, airlines and trucking companies that rely on expensive equipment or real estate in their day-to-day operations.

According to estimates made by the Financial Accounting Standards Board (FASB), about 85% of these leases aren’t reported on company balance sheets. But that’s going to change under a new accounting standard, Accounting Standards Update (ASU) No. 2016-02, Leases (Topic 842), that was issued on February 25.

Here’s what Financial Accounting Standards Board (FASB) Chair Russell Golden has to say about the new standard on accounting for leases, according to a FASB News Release on February 25:

“The new guidance responds to requests from investors and other financial statement users for a more faithful representation of an organization’s leasing activities. It ends what the U.S. Securities and Exchange Commission and other stakeholders have identified as one of the largest forms of off-balance sheet accounting, while requiring more disclosures related to leasing transactions. The guidance also reflects the input we received during our extensive outreach with preparers, auditors, and other practitioners, whose feedback was instrumental in helping us develop a cost-effective, operational standard.”

Leasing can allow companies to be more flexible, lower risk and adapt to changing market conditions, and there are a variety of reasons why management may decide to lease assets. For example, they may not have enough cash for down payments or access to financing, or they may not want to bear the risk that equipment will become technologically obsolete or property values will nosedive.

Leasing offers an added bonus from a financial reporting perspective: Under the existing rules, a lease obligation is reported on the balance sheet of the company that leases the asset (the lessee) only if the arrangement is similar to a financing arrangement, then it’s considered a capital (or finance) lease. Otherwise, it’s an operating lease, which is expensed as lease payments are incurred and the terms are disclosed in the footnotes.

For example, if you lease a computer for most of its useful life and can purchase it for $1 at the end of the lease term, the arrangement would likely qualify as a capital lease. But it you sign a five-year lease on office space, it would probably be classified as an operating lease under current practice.

This treatment has allowed companies to hide trillions of dollars of operating leasing obligations in their footnote disclosures, rather than report them on their balance sheets.

What many businesses don’t realize is that the lease accounting project has been on the FASB’s agenda for more than a decade. In 2013, the FASB proposed the latest round of changes to lease accounting, which were largely aligned with an international accounting proposal on leasing, but these proposals were met with significant opposition across the world. So, the FASB and the International Accounting Standards Board subsequently abandoned their effort to create a converged lease accounting standard and separately went back to their own drawing boards.

The finalized standard on lease accounting under U.S. Generally Accepted Accounting Principles is a watered down version of the FASB’s 2013 proposal. It still allows for a distinction between how capital and operating leases are reported on the income statement and statement of cash flows.

Now on income statements, under the new standard, capital leases will continue to be treated as financing transactions, meaning interest and amortization will be calculated with rent expense. The cost of capital leases will look more expensive at the beginning of a lease because the interest is calculated on a declining balance over time. Leases that qualify as operating leases will be treated as simple rentals on the income statement, so companies with rental-type contracts would report lease payments evenly over time.

The big difference under the updated guidance is that all leases with terms of more than 12 months will be reported on the balance sheet. In other words, lessees will report a liability to make lease payments, initially based on the net present value of those payments, and a right-to-use asset for the term of the lease. Companies can also elect to capitalize leases with terms of 12 months or less under the new standard.

In addition, lessees will need to expand disclosures about the terms and assumptions used to estimate their lease obligations, including information about variable lease payments, options to renew and terminate leases, and options to purchase leased assets. As a practical expedient, the new standard allows private companies and not-for-profit organizations to use risk-free rates to measure lease liabilities.

In additional, the new standard also provides guidance on how to determine whether a contract includes a leasing arrangement and, therefore, must be reported on the face of the balance sheet. For example, some “combined” contracts include lease and service provisions. These components generally need to be valued separately, because ASU 2016-02 requires companies to report only lease provisions on the balance sheet. For simplicity, however, the FASB allows companies with combined contracts to elect to also account for nonlease provisions under this guidance, if they prefer.

The International Accounting Standards Board issued its updated guidance on accounting for leases on January 13, 2016. The FASB and IASB agree on how to report leases on balance sheets, and the main difference between the two standards is how expenses are reported on the income statement.

For now, all lease expenses will be treated as financing transactions and capitalized under the international standard. For companies that follow the international accounting standards, the effects will spill over to their income statements and statements of cash flows, not just their balance sheets.

The international rules also permit exemptions for certain small ticket items, such as copiers and coffeemakers, but there’s no specific threshold for which assets are considered “small ticket,” requiring companies to exercise judgment.

The new standard goes into effect for fiscal years beginning after December 14, 2018 (in other words, in 2019 for calendar-year public companies), so you still have time to get your accounting systems and lease agreements in order. Private companies have an additional year to implement the changes.

However, this doesn’t mean you should put this standard on the back burner for long. The changes could be significant from current accounting practices if you rely heavily on leased assets. And public companies will need to start collecting comparative data in 2017 to meet the regulatory requirements of the Securities and Exchange Commission.

For more specific information about how this new standard will affect your financial statements, contact your CPA adviser.