No Place for Asset Appraisal in Trust Dispute, Court Says 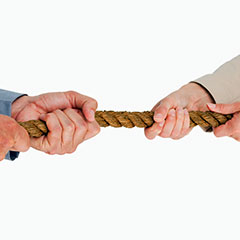 Did the appraiser use the wrong method for the case? This question took center stage in a lawsuit featuring the beneficiary of a grantor trust who claimed the trustee had deprived him of all the distributions to which he was entitled. The beneficiary hired a renowned business valuator to prove damages, but the trial court excluded the testimony, stating the case did not require the type of financial valuation the expert performed. An appeal to the ruling followed.

Protracted litigation. The plaintiff-appellant was the beneficiary of several trusts that his parents established. His sister, one of the defendants-appellees, was the other beneficiary and also served as trustee for some of the trusts. The father, an attorney, entrepreneur, and investor, set up a grantor trust, as well as a series of other trusts, to protect the plaintiff against what the father knew to be the plaintiff’s spendthrift ways. The trust agreement provided the plaintiff with a lifetime income but limited his access to funds that were not under the trust’s protection. After the father’s death in 1994, the plaintiff’s mother became the trustee, and, when she died in 2005, the sister became the sole trustee of the grantor trust. As part of their estate planning, the parents also established a family limited partnership (FLP).

The multilayered litigation, which unfolded in state and federal courts, began in 2004, when the mother sued both children and others, challenging the family tax-planning structure. Before the mother died and the defendants settled her estate claims, the plaintiff filed a cross-claim in state court, alleging, among other things, the defendants had deprived him of assets and asking the court to remove the sister as trustee and grant him access to the trust corpus as the court saw fit.

Trial court finds no financial injury. The focus in the damages case was the grantor trust and two amendments to the trust instrument. The original agreement provided that the plaintiff would receive 75% of the net income of the trust. The agreement could only be amended with the written agreement of the trustee and the plaintiff.

Amendment 1 poured the distributions to the plaintiff from 15 other trusts into the corpus of the grantor trust and made them subject to the grantor trust agreement. Further, it increased the plaintiff’s distribution from 75% to 100% of the income of the trust but imposed an annual “cap.” It provided he would receive the lesser of: (1) $84,000 per year; or (2) 100% of the net annual income of the trust, plus any amount the trustee considered necessary to pay the beneficiary’s state and federal income taxes. The plaintiff agreed to it.

When the plaintiff’s mother, who was then the trustee, learned he had purchased several cars and collected high-interest car notes and speeding tickets, she and the plaintiff executed Amendment 2, which lowered the yearly distribution amount from $84,000 to $60,000 (reducing the monthly payments to the plaintiff from $7,000 to $5,000). When the sister replaced the mother as trustee, she increased the distributions again to $84,000 but did not memorialize the change in another amendment.

In asking the court to dismiss the claims against her, the sister said she had acted in accordance with the trust agreement and even more generously. She claimed she based the distributions to the plaintiff on the specific dollar amounts appearing in the amendments and even made them at that level during the downturn in the market or when there was little or no income for distribution. Consequently, the direct distribution per month to the plaintiff was never less than $5,000 or $7,000 per month; moreover, the trust paid for the plaintiff’s major expenses. Per the sister’s calculation, the plaintiff had received over $592,000 in the past five years and over $696,000 in expenses.

In response, the plaintiff claimed he had signed the amendments under duress and accused the sister and others of exercising undue influence over him. The trial court dismissed the claim, but the state Court of Appeals, in Round 1, determined there was a genuine issue as to the undue influence issue and remanded. It pointed out that there was no evidence as to the trust income generated in any given year. Even though the sister testified that the plaintiff had received the “lump sum” figure reflected in the amendments, how much money he might have received if the cap resulting from Amendment 1 had not been imposed on his annual distributions was not clear. Also, at the pretrial stage, it was reasonable to infer that the cap might have resulted in increasing the amount of money in the trust corpus. If the son died without spouse or children, his sister would have been the beneficiary of the remaining money.

How to measure damages? On remand, both sides retained experts to argue the financial effect, if any, resulting from the plaintiff’s executing the amendments. The defendants challenged the testimony of the plaintiff’s expert under the state’s Rule of Evidence 702.

The defendants’ financial expert was a CPA as well as a certified financial planner and valuation analyst. He determined that the pour-over provision and the cap that were at the heart of Amendment 1 did not result in more money remaining in the corpus of the grantor trust for potential future distribution to the sister. He emphasized that, between 1995 (the date of the first amendment) and 2011, the plaintiff received over $1.3 million more in distributions than he would have without the amendments. Instead of receiving 75% of the net income of grantor trust and a specified share of the net income from the other trusts, the plaintiff received an amount equal to all of the cumulative net income, in addition to principal distributions in the amount of over $1 million, the defendant’s financial expert concluded.

According to the defendants’ expert, the plaintiff’s expert used a methodology for determining damages that conflicted with state law, accounting principles, and prior trial court and appeals court rulings as to how to determine damages on remand. Since the opposing expert’s testimony was based on an improper methodology, it would not “substantially assist the trier of fact to understand the evidence or determine a fact in issue.”

Specifically, the defendants’ expert described the rival expert report as an “asset valuation report” and said it had “nothing to do with the narrow issue on remand.” The plaintiff’s expert should have traced the distributable net income stemming from the grantor trust and the pour-over trusts, but instead he compared the “net appreciation of a hypothetical portfolio” against what he estimated to be the actual “net appreciation” of the FLP since 1995 and then computed the plaintiff’s loss as a percentage of the theoretical “net appreciation.” Based on this treatment, the plaintiff’s expert determined the plaintiff was entitled to $12.8 million in trust income. In a supplemental report, he lowered the damages amount to $3.6 million. (The opinion provides little detail on either expert report.)

The trial court agreed with the defendant expert’s analysis and struck the plaintiff expert’s report. It also precluded the expert from testifying at trial. The court acknowledged he was “a nationally recognized expert in the area of business/asset appraisal and valuation,” but it said “asset appraisal and valuation” were “not an issue in the case on remand.” The court also found the expert’s supplemental report included opinions on trust administration for which the expert lacked “foundational expertise” and said he used a definition of “net income” that did not accord with the governing trust documents.

Ultimately, the trial court granted the defendants summary judgment on the undue influence issue. It found the defendants’ expert conclusively showed that the plaintiff “received over a million dollars more than he would have received absent the signing of the amendments.” In other words, the plaintiff failed to show financial harm.

‘Detailed financial accounting.’ The plaintiff appealed the trial court’s ruling a second time. He objected to “evidentiary rulings” the trial court had made in the context of the summary judgment but failed to specify which rulings he attacked. His brief, the appeals court noted, included “a few scattered references to evidentiary matters” but was devoid of a cogent argument that would have supported a reversal of the trial court’s exclusion of the plaintiff expert’s testimony.

Moreover, the appeals court found there was ample support for the trial court’s ruling in favor of summary judgment for the defendants. The defendants’ expert “provided a detailed financial accounting of the impact” of the amendments to the grantor trust and negated any claim of harm.

In affirming the trial court’s ruling, the state Court of Appeals dismissed the plaintiff’s argument that, for the 17-year period the defendants’ expert reviewed, the amendments did reduce the plaintiff’s annual income during three particular years. According to the appeals court, the plaintiff failed to show how this fact “demonstrates an entitlement to damages, considering he benefitted from the Amendments during the other fourteen years” and over the entire period received a total of over $1.3 million more in distributions as a result of executing the amendments.

The plaintiff next contended the defendants’ expert improperly treated the trust’s payment of about $1.7 million toward his personal income tax liability as a benefit specific to the amendments. The expert wrongly assumed that the plaintiff would not have received this benefit under the terms of the pretrust agreement when there was language in the original agreement allowing the trustee to invade the trust corpus if he or she thought the distributions were insufficient to ensure the beneficiary’s well-being. The court agreed with the defendants that it was “idle speculation” to say what would have occurred without the amendments.

Further, the plaintiff claimed there was ambiguity surrounding the term “net annual income.” The defendants’ expert subtracted capital gains from the total income reported on the tax returns to determine distributable income. The plaintiff claimed he also had a right to a share of the capital gains. He believed “net income” meant all of the income of the trust. He referred to Black’s Law Dictionary, which he said defined net income as total income from all sources minus deductions, exemptions, and other tax deductions.

The defendants countered that the expert’s treatment concurred with the applicable state law under which a trust was required to allocate proceeds from a sale of productive trust property, including capital gain, to the trust principal. The appeals court agreed, observing that another justification for the treatment was that the grantor trust specifically gave the trustee discretion in terms of allocating receipts and disbursements between income and principal of the trust.

In affirming the trial court’s findings, the appeals court also dismissed the plaintiff’s contention that the existence of damages was never in question. The defendants’ expert had disproved the claim of financial harm resulting from the execution of the amendments, the state Court of Appeals concluded.