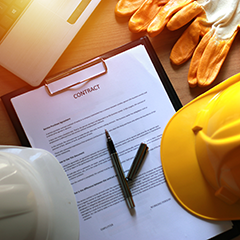 This Pennsylvania appellate court decision (unpublished) includes an informative discussion of how to measure damages arising out of a merger in which the seller allegedly failed to inform the buyer during negotiations that one of its bigger customers had terminated a supply contract. The buyer (appellant) argued the proper measure of damages was the difference between what the company was worth as represented by the seller and what it actually was worth upon the purchase. The trial court found the buyer’s damage determination was not credible and awarded lost profits based on the seller’s expert testimony.

The seller (appellee) manufactured and shaped steel. Between 2010 and 2013, one of its key customers was Snap-On (SO). Annual sales to SO accounted for about 10.5% of the seller’s annual sales. SO and the seller had a nonexclusive supply arrangement under which the seller agreed that SO would pay a price to be agreed upon annually if SO ordered products from the buyer. No requirement SO buys anything from the seller. The agreement was for one year, with annual renewals. Either party could terminate it 120 days before renewal; immediately if the other party was acquired; or at any time, for any reason, upon 120 days’ notice.

In January 2014, SO informed the seller that it would terminate the agreement. However, SO continued to be a customer of the seller through individual purchase orders. The seller was able to retain 20% of SO’s business.

In 2013, the seller’s majority shareholders decided to sell the company. The company engaged an investment bank, which contacted the eventual buyer. Months of negotiations ensued during which the buyer was not informed that SO had terminated its agreement with the seller. The buyer later claimed that, during due diligence, while it had access to the seller’s important financial and legal documents, it was not aware of SO’s terminating letter. The buyer claimed this document was not part of the data room. At the beginning of August 2014, the seller and buyer signed a letter of intent that stated a purchase price of $11.5 million (based on the seller’s EBITDA and eventually lowered to $11.4 million). The buyer claimed, at that time, it was not informed of the cancellation of SO’s contract and that it was precluded from contacting any of the seller’s customers until the end of 2014. The merger closed in early January 2015.

The buyer sued the representative of the selling shareholders for breach of contract and contractual indemnification regarding the merger. The buyer alleged the seller’s failure to disclose the termination of the contract with SO arguably made the company less profitable and less valuable. The buyer asked for indemnification of damages under the terms of the merger.

A nonjury trial followed in which the trial court found there was a breach of contract and awarded the buyer $36,000 in damages (and over $384,000 in attorney’s fees).

Both sides offered expert testimony at trial as to how to determine damages in the case and what the amount should be.

He said he used a discounted cash flow analysis to determine the value of the company without the SO agreement, which he found to be $9.3 million. By his measure, damages were $2.1 million.

In explaining the DCF analysis, he said he “took advantage of the fact that we had a purchase price that had been negotiated between arm’s length third parties, and at the same time, we had a deal model that had forecasted cash flows that were prepared contemporaneously with the closing of the transaction.” He said he used the DCF to estimate “what I call the discount rate or [internal rate of return] IRR.” He said he used this rate and, in “Step 2,” adjusted cash flows “based on the materially reduced level of sales” to SO.

He said that once “you have new cash flows, you can apply the same discount rate that I developed in Step 1 to the net cash flows to arrive at the corrected purchase price or the value of the company ex[-]Snap-[O]n.”

The seller’s expert found there were multiple flaws in the opposing expert’s analysis whose conclusion “significantly overstated” the damage to the buyer as a result of the termination of the SO contract. The seller’s expert disagreed about the number of costs to the seller related to the SO business. He also noted the opposing expert only used one common valuation method to value the seller. He said he had not seen evidence that the buyer performed a DCF analysis when it assessed the seller company before committing to the purchase.

He said the opposing expert’s analysis was marred in that it treated the risk associated with the SO contract the same as the risk associated with the entire enterprise. On direct, the seller’s counsel noted that this was one contract that did not come with an obligation to buy anything. At the same time, this was an enterprise with multiple parties, contracts, and relationships. The seller’s expert said the opposing expert “end[ed] up with a disproportionate … value related to Snap-[O]n compared to Snap-[O]n’s contribution to the business.”

The seller’s expert agreed with counsel that the opposing expert improperly “treated this contract the same as this whole enterprise in terms of risk and the value of that contract.”

The seller’s expert also noted that the buyer did not actually pay $11.4 million, but only $7.4 million because the merger consideration was reduced by $4 million for an underfunded pension liability account.

He said, for his analysis, he considered that the assets were greater than the purchase price and this did not change with the termination of the SO contact. He found there was no way to determine a decrease in value because of the SO relationship and, therefore, looked at a “simple lost[-]profits calculation.”

He presented to the court three alternative analyses that found the company had lost profits incrementally from $36,000 to $109,000.

The trial court said it did not find the testimony of the buyer’s expert credible. The plaintiff (buyer) was unable to prove $2.1 million in damages with reasonable certainty “where it solely relies on incredible expert testimony.” The court said it “will not rewind the clock to determine what [the buyer] would have paid for the Company based on [its expert’s] overstated valuation.”

The buyer appealed the trial court’s findings on various grounds with the Superior Court of Pennsylvania (intermediate appellate court). The gist of the argument was that the trial court used the wrong measure of damages when determining the loss to the buyer. The trial court “illogically awarded damages that the Company would have been entitled to if Snap-On had breached the Snap-On Contract—but neither the Company nor Snap-On is a party to this case, nor is there any allegation that the Snap-On Contract was breached,” the buyer noted with emphasis.

It also argued that, under relevant case law, “it is the value of the loss of this relationship, and the cash flows it represented, which is the proper measure of damages here.”

The appellate court was not persuaded.

It noted the trial court found that the buyer’s expert presented a damages calculation that was “inflated and flawed in multiple respects” and therefore declined to rely on the expert’s testimony. Considering the valuation evidence before the trial court, it did not err in failing to award damages based on the measure and analysis the buyer proposed, the appellate court said.

The appellate court pointed out the trial court had noted that the buyer’s expert’s analysis understated costs associated with the customer relationship, did not properly consider SO’s contractual rights in valuing the business, did not account for the company’s large size and assets, and did not properly consider how pricing competition made it difficult for the company to obtain work from SO following the acquisition.

« As the Economy Warms Up, Will You Be Ready?
Labor Shortage: Unlock Solutions by Evaluating Your Employment Value Proposition »