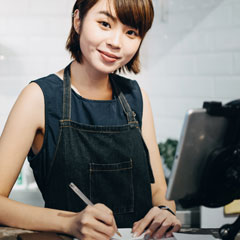 As a small business owner, you need to ensure that your compensation reflects what others would receive for performing similar duties in a similar setting. Not only is this important for tax purposes, but it’s needed to determine the value of your business.

As the business owner, you’re likely to have related perks, as well as bear certain hidden costs. To determine what is a reasonable compensation, all components need to be considered, including:

IRS field agents regularly conduct audits to estimate owners’ total compensation package and if that compensation is reasonable. According to the IRS, “Reasonable and true compensation is only such amount as would ordinarily be paid for like services by like enterprises under like circumstances.”

They particularly lookout for C corporations that pay employee-shareholders excessive salaries in place of dividends. This tactic lowers the overall taxes paid, because salaries are a tax-deductible expense and dividends aren’t. If the IRS decides that a C corporation is overpaying owners, it may reclassify part of their salaries as dividends.

In contrast, the IRS looks at S corporations, partnerships and other pass-through entities that underpay owners’ salaries to minimize state and federal payroll taxes. S corps are more likely to pay distributions to owners, because distributions are generally tax-free to the extent that the owner has a positive tax basis in the company.

Taxes aren’t the only issue where reasonable compensation can come into play. Shareholder disputes, marital dissolutions and other litigation matters could present issues where compensation could be considered. When valuing a business for these purposes, a company’s income statement may need to be adjusted for owners’ compensation that’s above or below market rates. A lack of comparable companies could make determining that market value difficult, but to do so, courts generally consider five key areas:

These external comparisons are important, because a business owner can control their compensations, so there’s an inherent conflict of interest when estimating what’s reasonable.

Filler & Associates offers business valuation services, which could be useful in determining reasonable owner compensation. Contact us to learn more.