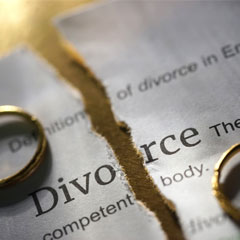 About two years ago, in Rohling v. Rohling, an Alabama appeals court upheld a trial court’s decision to admit into evidence a qualified expert’s estimate about the value of the owner spouse’s business based on a calculation engagement. Recently, the admissibility of calculations of value became an issue in another divorce case, presenting the appeals court with an opportunity to overturn Rohling. The court declined.

Whether calculations of value have any role to play in business valuation, and particularly in the litigation context, has been a contentious topic among appraisers , and courts have not been uniform in their positions. In Alabama, however, the issue seems now settled.

The wife at various points in the proceeding objected that a calculation of value was not as thorough as an opinion of value and was not admissible under the state’s Rule of Evidence 702, governing admissibility of expert testimony.

The trial court found the expert qualified and the testimony admissible. It said any objections to the methodology went toward weight and the expert’s credibility. The husband’s expert proposed a value of $2.5 million for the practice. In contrast, the wife’s expert, also an experienced CPA and valuator, provided an opinion of value that put the value of the practice at $241,000. He explained the additional factors and calculations that were involved in preparing the more thorough opinion of value.

In challenging the trial court’s divorce judgment with the state Court of Civil Appeals, the wife claimed the trial court had erred in admitting into evidence the testimony of the husband’s expert. The expert used an unreliable methodology that produced an estimate that was speculation and, therefore, was inadmissible. The wife said an opinion of value, as prepared by her expert, was “much more exacting” than the opposing expert’s calculation of value. The wife asked the appeals court to overrule Rohling v. Rohling.

The reviewing court rejected the request and declined to “make a determination as to which methodology is best in valuing assets in the context of a divorce action.” As it did in Rohling, the appeals court said it would not substitute its judgment as to the weight to be given to an expert’s testimony for that of the trial court. The trial court’s judgment stood.

« Does Insurance Cover COVID-Related Business Interruption Losses?
Employee or Independent Contractor? The Rules May Be Getting Simpler. »