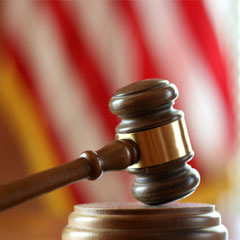 The Indiana Court of Appeals and the South Carolina Supreme Court recently issued noteworthy rulings on the appropriateness of discounts in valuing minority interests. The contexts in which the issue arose were different, but, in both cases, there was a compelled sale and designated buyer.

In Hartman v. BigInch Fabricators & Construction Holding Co., Inc., the valuation dispute arose when the founder and minority shareholder of a business was terminated. Under a controlling shareholder agreement, the company was required to buy back his shares. A provision in the agreement provided for a valuation by an outside appraiser based on the “appraised market value of the last day of the year preceding the valuation, determined in accordance with generally accepted accounting principles.”

A third-party appraisal firm valued the departing shareholder’s stock by applying discounts for lack of control and marketability. The minority interest holder sued over the discounting, but, on summary judgment motions from both parties, the trial court found that the valuation could include discounts.

On appeal, the state court of appeals reversed.

In Clark v. Clark, discounting became a flashpoint in the context of divorce proceedings. The husband was the sole owner of stock in a family business but, before filing for divorce, had transferred a 25% equity interest to the wife. A stock agreement contained a transfer restriction. The issue was the value of the wife’s interest, which the husband, who would own all of the company after the divorce, would buy back.

The trial court credited the husband’s expert who used both a discount for lack of control and lack of marketability in valuing the shares. The state court of appeals, relying on prior case law, found there was no rationale for the marketability discount. However, the court upheld the minority discount.

Both sides objected to the appeals court’s rulings for different reasons. A divided state Supreme Court overturned the DLOM ruling but upheld the minority discount ruling.