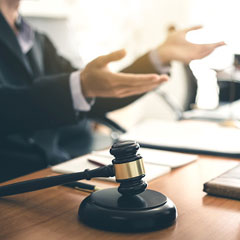 In this discovery dispute, the defendants sought to exclude the plaintiff expert’s valuation report, arguing it was untimely and the late disclosure would hurt the defendants. In rejecting the defense motion, the court noted any delay was largely caused by the defendants’ discovery tactics to thwart production of vital financial information to the plaintiff. This case shows how a court may side with the party whose access to non-protected valuation information is thwarted by the opposing side as long as the party and its expert timely and diligently alert the court to the problem.

The plaintiff sued the entities and individuals, alleging various business torts and breach of contract. The defendants filed a host of motions to dismiss certain claims or resolve them through summary judgment. Further, the inclusion of international defendants and related motions as to which court had jurisdiction over them resulted in substantial discovery delays.

In June 2018, the plaintiff first asked the defendants in a written discovery request for financial information necessary to value the companies as of the valuation date and calculate damages. A dispute followed as to the sufficiency of the defendants’ responses. In September 2018, the plaintiff submitted to the defendants the report of her valuation expert. The expert explained he lacked financial information for one entity and had insufficient documents about the other entity. Therefore, he was unable to perform a complete and proper valuation.

About six months later, the plaintiff submitted a document that she called “Supplemental and Corrected Expert Report.” The plaintiff’s expert, a CPA and certified valuation analyst, again noted the information from the defendants was “incomplete and insufficient” for the purpose of valuing the contested company.

In late December 2019, the plaintiff served her expert’s “Supplemental Report in Accordance with FRCP 26(e) Fair Market Analysis As of November 29, 2019.” A few weeks later, in January 2020, the defendants provided their rebuttal report.

Three days later, the defendants filed a motion to exclude the plaintiff’s expert testimony and report citing Federal Rule of Civil Procedure 37, which provides a mechanism for punishing violations of the discovery requirements under Federal Rule of Civil Procedure 26. In essence, Rule 37 forbids the use at trial of any information that was not properly disclosed under Rule 26. Rule 37(c)(1) says that, if a party fails to make the required disclosure(s), it “is not allowed to use that information or witness to supply evidence … at a trial, unless the failure was substantially justified or harmless.” The district court has broad latitude on ordering sanctions under Rule 37.

The defendants claimed the plaintiff’s late disclosure of her valuation expert’s report was unjustified and would harm the defendants.

The court found the plaintiff repeatedly argued that her expert was unable to provide a complete report because of the defendants’ failure to produce necessary financial documents. Under these circumstances, the expert’s December 2019 report was untimely. The question was whether the delay was “substantially justified or harmless.”

The delay was excusable, the court found, noting the complicated procedural history, especially the defendants’ successive pretrial motions, and the defendants’ multiple efforts to prevent the discovery of the information the plaintiff’s expert needed. The defendants asserted trade secret privilege over much of its financial information, and, even when ordered by the court to produce portions of those documents, defense counsel “engaged in semantic acrobatics to avoid producing its balance sheets,” the court noted.

It said the plaintiff was transparent about her need for the documents, and her expert’s earlier reports set forth what the plaintiff had asked him to do, his qualifications, other testimony he had provided during the required period, the documents he had reviewed and what other information he would need to issue an opinion on the value of the defendant entities for purposes of calculating damages. Counsel for the plaintiff openly communicated the plaintiff’s intention as to the valuation expert, the court said. Therefore, there was no bad faith or willfulness to cause delay.

Given these circumstances, it was no surprise to the defendants that the plaintiff’s expert would be permitted to supplement his report, the court found. The delayed disclosure of the expert’s complete report was “substantially justified,” the court concluded, as it denied the defendants’ motion to exclude.